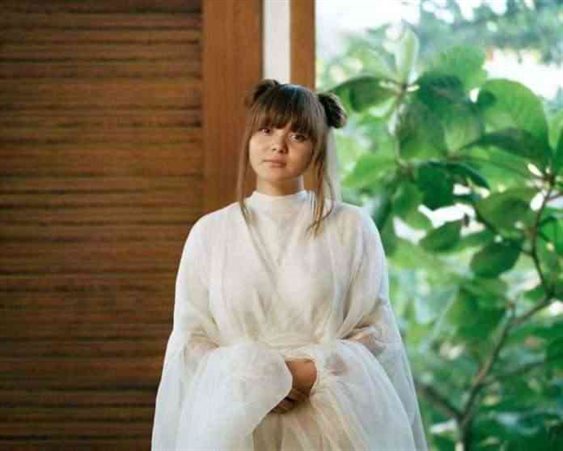 The pursuit of creation, of drive and purpose, of passion for life. When reflected upon, it becomes apparent that all we truly, deeply care for is connected to our identity as a species of creators. We yearn to continually produce, improve, and express.

OPPO immensely values and wants to advocate for the life essence that is creativity, and continually fine-tunes the Reno Series to become the ultimate creative companion. The goal, of course, is to make OPPO Reno’s creative tools available to everyone, so that we all have an outlet to hone our passions and artistry.

OPPO recently held a series of six dialogues with popular creators in order to hear their stories and uncover the essence of art. Jacob Collier, Pella, Jessie Li, Ian Waelder, Rook Floro, and Mette Towley –These six spirited creators each shared their unique perspective of the concept, “To Create is to Live.”

Jacob Collier is a multi-faceted musician from North England. He is a composer, producer, arranger, singer, and multi-instrumentalist. His career in music began to take flight in 2012 when his split-screen YouTube video covers of popular songs went viral. Jacob has since released three albums, received several awards, and toured the world.

Jacob is a major advocate of seeing the world from a child-like perspective – always wondering, exploring, and dreaming. He considers himself an “all-time lover of life and music,” and it’s evident through his words, actions, and style that he practically emanates musicality and it defines a great part of his being.

Pella, an emerging Indian fashion designer, graduated from the National Institute of Fashion Technology in 2013. Soon after, she applied her knowledge of fashion and apparel design to finding P.E.L.L.A. Her artistry has gained major traction due to her keen eye for subtle, understated fashion and characteristics of Indian culture.

Pella says that her clothes “take the form” of the individual and express who they are. She gives her complete self to her creations, instilling part of her soul and her being into what she produces.

Jessie Li is an actress from Kunming, China. She has starred in several Chinese films and shows and has won multiple best actress awards. She seeks to express herself by embodying a wide array of unique characters. She believes that each moment in front of the camera reflects how you see the world.

Ian Waelder, a visual artist and skateboarder from Spain, states that “everything starts with questioning. It’s what makes everything vibrate.” To create art, you must discard what you think you know and instead explore what is possible.

Being able to operate freely and avoid getting “stuck in one thing, unable to get out of that circle” is essential to creative success. Ian seeks a state of ecstasy only seemingly accessible through the artistic process.

Rook Floro is from Bangkok, Thailand, creates visual art, and works in advertising as an art director. He says that since the earliest he can remember; it was instinctual for him to draw and to express himself visually.

Rook decided to fully pursue art since it comes to him naturally and is the sincerest way of expressing himself. He says that he “feels like a different person every day.” So he channels he alter egos into visual art representations of himself.

Mette Towley – an American actor and dancer from Minnesota perfectly summarizes the creative vision. Don’t let definitions or pre-conceived limitations constrain you – break down boundaries and freely express yourself through all facets of life. “Creativity is freedom, to move beyond the boundary. It is free expression in a way that allows you to get better connected to who you are and the possibility of who you can be for the world. And that’s all through whatever medium you choose, whether it be dance, acting, singing, painting, running, being a wonderful mother, father, being a great friend.”

“If you get creative in the ways you can do better and be better, then you’re really an artist.”