The Development and Technology Committee has revised and passed the decision regarding the use of apps or social media in Nepal. The initial decision from the committee on June 26 had sparked a controversy.

Earlier, the technology committee had directed the government to make arrangements for downloading or using apps only after approval from a regulatory body.

Read more here: Government’s Approval May Be Required to Use Mobile Apps and Social Media

The directive indicated the testing of apps and websites based on security, privacy, and usefulness.

However, this won’t change.

So, What Has Changed?

The initial decision was criticized by domain experts and stakeholders saying it is impractical. Some claimed the decision was unconstitutional and against freedom of expression.

According to the new decision made public recently, only the apps and social networks used by government agencies will need approval from the regulating body.

Other directives, however, remain unchanged. 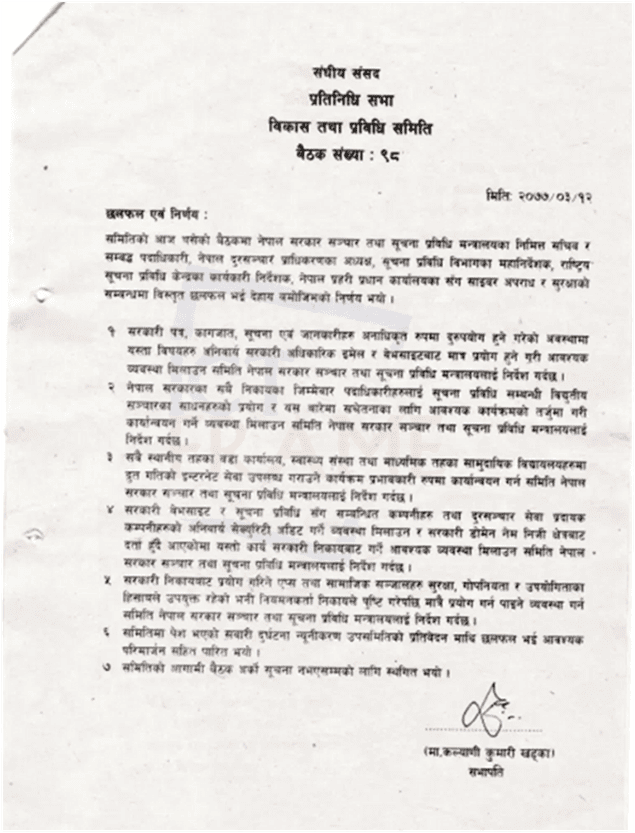 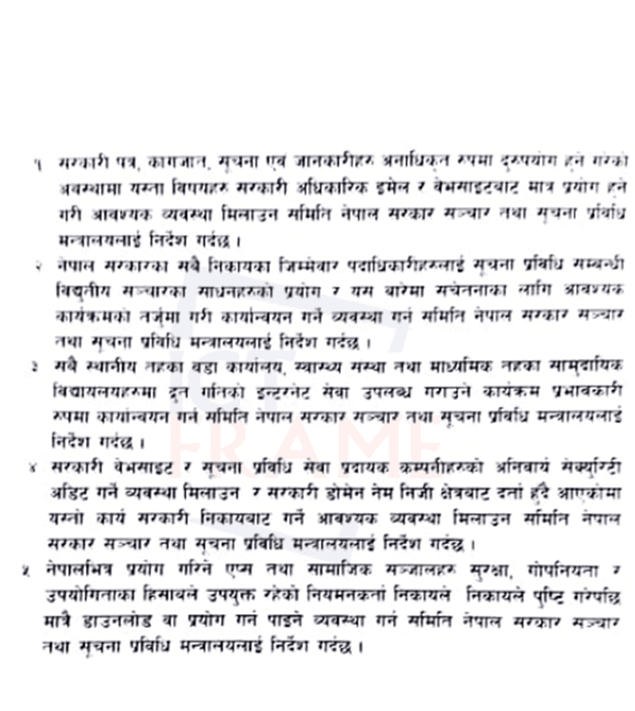 Why did the Committee Alter the Decision?

According to the Chairperson of the Development and Technology Committee, Kalyani Kumari Khadka, it has nothing to do with the controversy.

She said that some words were missing in the preliminary draft. Moreover, she claims that the purpose always was to regulate apps and social media used by government agencies.

Adding to the justification, she said that the decision is still the same and only needed minor revisions.

Likewise, there’s a new directive from the committee to make arrangements for mandatory security audits of telecommunication service providers.

Earlier, there was only mention of a mandatory security audit of government websites and Information Technology service providers.

Do you think that it was just a misunderstanding after all? What’s your take on this?