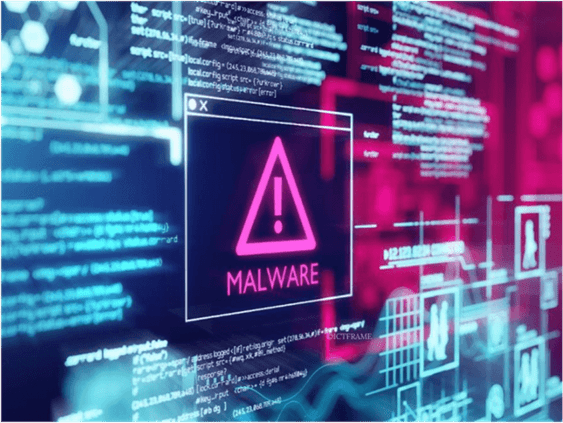 Malware is pretty much everywhere these days. It’s in mobile applications, websites, or our emails. In fact, threat actors are targeting remote workers across the globe by redirecting them to malicious websites.

The travel industry may have started to ease up around the world, but other industries still remain affected due to the ongoing pandemic. The work from home routine has pressured IT and security professionals to ensure productivity from employees. At the same time, they have to secure the organization data and follow necessary cyberthreat preventive measures.

An analysis of over a month showed that employees clicked on 76,440 links that redirected them to malicious websites.

NetMotion, a software company, collected and analyzed a sample of anonymized network traffic data. The objective was to search for evidence regarding attempts to access risky content. 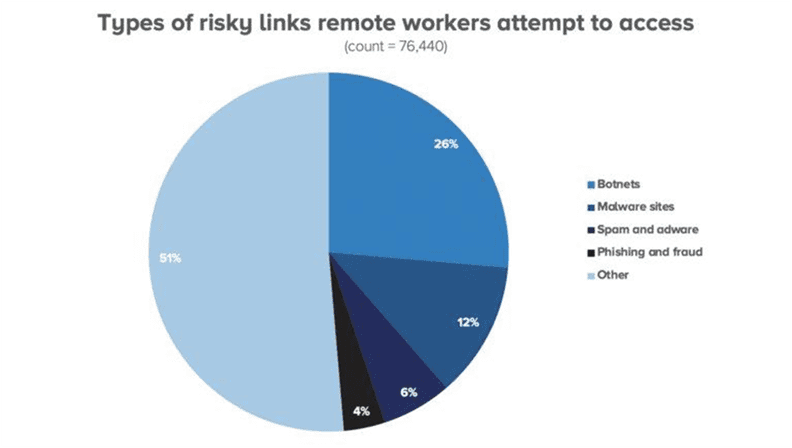 Furthermore, all the clicks on these sites (or links) come from office laptops while working from home. Remote workers may have used home or public WiFi, or a data network.

The research identified several primary risk categories using “machine learning and based on the reputation scores of over 750 million known domains.”

These include more than 4 billion IP addresses and in excess of 32 billion URLs.

As a matter of fact, the research assumes that these risks could’ve been easily avoided if remote workers were connected to protected internal networks.

Let’s have a look at other notable findings from the analysis.

With the rapid shift to remote work, cybercriminals and threat actors are targetting employees. Moreover, there’s an enormous threat to the organization’s data that’s been evolving since the beginning of the pandemic.

A similar analysis for the month of January 2020 shows that the number of attempted clicks on risky URLs were 51,302. Thus, there has been a sudden rise in the volume of clicks, which threat actors are capitalizing on.

Malware and phishing campaigns remain to be major threats to enterprises with active work from home policy.

Security experts are doing their bit in securing the organization’s system. But it is also the responsibility of remote workers to stay vigilant.

So, learn more about the tech mistakes to avoid when you are working from home.

WordPress 4.7 Is Available In Nepali Language