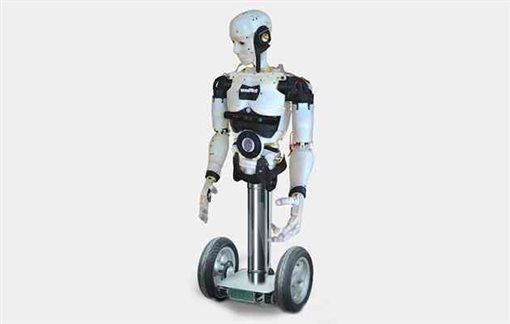 Robots are created so that people have to make less effort in anything. And things that a human cant do is expected to do by the robots. With their metallic, healthy body and instructions given to them, they can perform their tasks quite efficiently. That is why robots are the best medium for humans to complete their tasks.
Robots For Good is a nonprofit initiative that’s building a robot for, well, good. The robots are for the hospital-bound children who don’t get to go outside and get bored in the hospital because of their illness.  The robots will be controlled by the children’s allowing them to see places they are physically incapable of visiting by themselves. The initiative is using different existing technologies to build a robot like this.
The technologies are from open source projects.  The core technologies include the 3D-printable robot InMoov and OpenWheels, a free-to-build version of the Segway. The camera’s from the robot’s eyes are linked to the Oculus Rift VR headset by which children will be able to experience where the robots are physically present. They are putting up their effort in a truly deserving cause.
The project might be ready later this year as the plans have not to completed yet. With this initiative, i.e., Robots for good, it will be beneficial to the children of this generation as they will somehow get to experience the outside world from the hospital itself. The first bot will be used in the London zoo with the partnership with Great Ormond Street, London’s foremost children’s hospital. The project has no significant funding from anywhere, but they are surely receiving help from volunteers, and nonprofit companies.
The best thing about the project is, it is open source, and it can be replicated from anywhere around the world. With success in London’s children’s hospital, it is expected to launch in other places as well, and the focus is on completing the robot and brightening a few kids’ days. Soon there will be a day when there would be an army of volunteer bots all around the world and doing a whole lot of good. The robot will look like in the image shown.