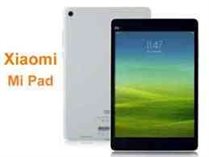 The most famous Chinese Smartphone company has now come up with a nice Gadget. You might be wondering if it may be a Headset or a Smartphone itself. The company has been coming up with such high-end phones like MI3, MI4, so it has become a significant competitor in the Smartphone market.
However, this time it has introduced a new gadget to the user. The device is Xiaomi Yi night vision camera. The camera has been recently released in the market. The camera cost 149 Yuan and 1500 INR according to the company.
The selling of the camera has already been started on the website. The tiny Yi action cam looks tiny; however, the features will make you go wow. Till now Xiaomi was popular with its Smartphones, but now it seems like it will also be the eye catcher with other innovations.
According to the company the camera is said to feature a 140mm infrared sensor. For video, the native resolution is 1920 x 1080. It possesses CMOS sensors. The camera is of 16MP for still photography.
The camera is named an action sports camera. It has a removable battery, a standard 1/4-20-Inch tripod mount and the Micro-HDMI port supports live video output while recording to a MicroSD card. The main problem the users may face is that the instructions have only been available in the Chinese Language which will result in trying things by yourself.
The camera has a 4x optical zoom. The camera has three buttons. The one on the front is for power and switching between capturing stills and video. With its tinyness, we will be able to take it with us anywhere we want. Xiaomi has always been standing top with its camera used in Smartphones, so this tech is going to be a success.
You won’t get a camera with these features and at this price with no one but Xiaomi.
Xiaomi is not just focusing on the Smartphones and soon will be coming with a different gadget which will fascinate the users like always.