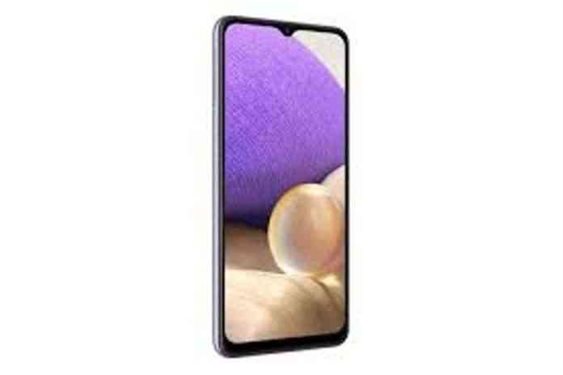 5G smartphones have now become very much rare even in the mid-range price segment. Therefore, it is not surprising that Samsung has now launched a corresponding version of its new smartphone model Samsung Galaxy A32.

Over the past few years, potential buyers have switched to the Galaxy series models instead of the Galaxy S20 series in the hope of saving some cash. Last year’s model didn’t support the fast mobile standard yet, and it was relatively cheaper.

Compared to its predecessor Samsung Galaxy A31, a few proper refinements has been made to this new dynamo smartphone. Under this review article, we will explain why some of the technological steps backward are sometimes not always a bad aspect.

The phone features a 6.5-inch TFT Infinity-V display with an FHD+ resolution (2400 x 1080), and you can pick from the Vivid or Natural screen modes and adjust the color temperature manually by yourself.

Upfront, the display is protected by Corning Gorilla Glass 5 whereas, the back is made of fiberglass-reinforced plastic. The build quality of the Galaxy A32 is very decent and convinces with lean and even gap dimensions. The Galaxy A32 has the volume and power buttons on the right which can be quickly accessed while using the phone.

On the hardware side of things, it’s good to see that Samsung has packed the Galaxy A32 with 6GB of RAM and 128GB of storage.

The 5G version also comes with 4GB of RAM and 64GB of storage for the base model, which will cost you less than the 128GB variant. For performance, the Galaxy A32 5G integrates MediaTek MT6853 density 720 5G chipset as well as an Octa-core processor (two Cortex-A75 cores clocked at 2.0GHz and six Cortex-A55 cores clocked at 1.8GHz.).

Also, Samsung has made some welcome changes in the Galaxy A32 model, with the phone running One UI 3.1 based on Android 11 out of the box. The company spokesperson claimed that the Galaxy A32 will get three guaranteed Android updates, as well as four years of security updates.

A big differentiator for the Galaxy A32 is the 64MP Quad camera setup at the rear end of the handset. The main camera is accompanied by an 8MP ultra-wide camera, 5MP macro lens, and a 2MP depth camera, all of which supported by a bright LED flash. There’s a 20MP front camera as well which is similar to the last year’s Galaxy A31 model.

The Quad rear camera setup can shoot videos up to 4k at 30fps and 1080p at 30/120 fps while the single selfie shooter can record videos in 1080p at 30fpsOn the battery and power backup side of things, the battery is decent enough for gaming, connectivity, and web surfing. Thanks to its 5000mAh powerful battery, the Galaxy A32 will easily cover your day without any issues.

The only downside is a 15W fast charging, because even if you want to plug the phone in overnight for a full charge; this is not a device that will fill up the battery within an hour.

Price and availability in Nepal [Expected]

Memory: 64GB and 128GB; Expandable with MicroSD card slot up to 1TB

OS/Software: One UI 3 based on Android 10