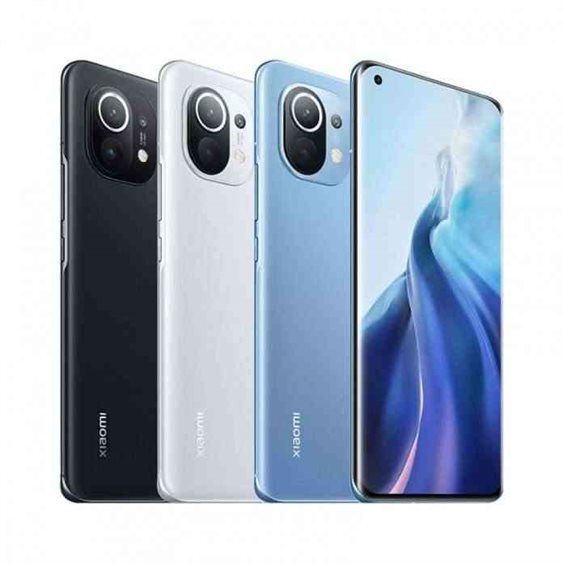 After all the leaks and rumors in recent days, Xiaomi has finally unveiled it’s most awaited Mi 11 smartphone model in China as well as in Europe.

This upper-midrange beast from Xiaomi features premium hardware like Qualcomm’s latest Snapdragon 888 chip, plus 8GB/128GB RAM with 256GB of storage, making it one of the most powerful Androids to be launched this year.

The Xiaomi Mi 11 is the latest flagship phone from the company featuring plenty of upgrades over its competitors. Here in this article, we will look after a detailed overview of the specs and features followed by its price and availability in Nepal.

We could talk about its display features all day and I’ll say this discussion will going well, really good. The Mi 11 is solidly designed featuring Xiaomi’s usual glass sandwich blueprint and frosted glass back panel. A big phone with a giant 6.8-inch screen, the Mi 11 feels quite easier to hold than some super-sized rivals, thanks to its curved back and 196g weight.

Unlike its competitors (eg. Samsung), the Mi 11 allows you to set a high resolution and refresh rate at the same time.  At 8.1mm thickness, it’s noticeably thinner and slightly lighter than its predecessor Mi 10 model.

The Mi 11 is among the first wave of devices to pair with Qualcomm Snapdragon 888 processor, arguably one of the best in terms of performance.

It is a 2.84Ghz octa-core Chip(Cortex-X1 Prime core clocked at 2.84 GHz, and three performance Cortex-A78 cores clocked at 2.4GHz), and we can expect decent performance from it. The phone is therefore more responsive to pump out the latest games and apps at maximum frame rates.  The Xiaomi Mi 11 runs on MIUI 12 software on top of Google’s Android 11.

The company claimed that Mi 11 will support security updates for at least three years including two Android versions. Users can pick between 8GB and 12GB variants of Mi 11. As for storage, you have 128GB as well as a 256GB option and there’s no option for further expansion.

The camera of Mi11 makes us feel that Xiaomi might have spent much of its engineering budget here. The main snapper comprises of 108MP f/1.9 main camera, a 13MP ultra-wide angle, and a 5MP macro camera without optical zoom. And for the front, it features a 20 MP f/2.4 selfie shooter inside the punch hole.

Both the cameras are good and capable of shooting detailed photos with a dynamic range and accurate color even in low light. Video captured by the rear and front camera is very good, shooting 8K and 4K videos at 60 frames per second.

The 4,600mAh power pack battery is enough to push the phone through an entire day with room to spare. Also, the handset supports 55W wired and 50W wireless fast charging technology.

The Mi 11’s price has already been unveiled for china and Europe. It costs €749 for 8GB/128GB, and €799 for 8GB/256GB variant respectively in Europe. Taking look at the sources from Xiaomi Nepal, we could expect the Mi 11 to be priced as follows in the Nepali market.