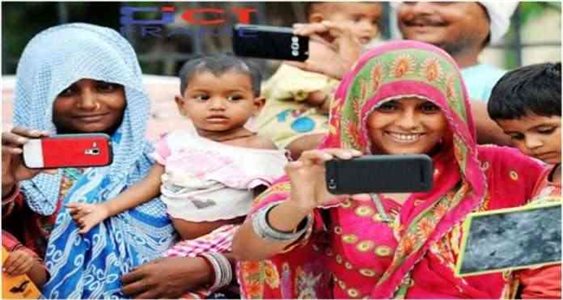 Selfie With Daughter’ is a campaign generally based on the goals of women empowerment and gender equality.

The campaign was initiated by Sunil Jaglon from Haryana of India. This campaign has been viral and has won the hearts of many people. The government has also given full support and encouragement to this campaign.

The campaign was launched in Nepal also. It was launched by jointly organizing a virtual program of Selfie with Daughter Foundation, India, and Nepal Internet Foundation.

The ‘Selfie With Daughter’ campaign was launched to bring positive thinking and equality between the gender in the society.

Women in Nepal are scourged by domestic abuse. Its intensity, scale, and figures had further increased during the COVID-19 pandemic. They are largely confined to their homes and were close to their abusers than in the past due to lockdowns and other restrictions.

Women are still facing various violence by their own family members. There comes daily news of violence, abuses, and rapes. In developing countries like Nepal, these types of incidents have been a huge issue.

Although there are many rules and regulations, the rules remain only on paper. Therefore, the rules and laws are not implemented properly.

Not only this, women face multiple forms of violence such as rape, acid attack, murder, menstrual taboos.

The practice of gender equality is still in society. The want of a baby boy is more than the want of a baby girl. People still believe that a son is important for holding their generations.

However, many rights have been made by the government for women/girls. Still, many girls/women are deprived of enjoying their rights.

This campaign was bought for the encouragement of women. Hoping the campaign ensures the importance and rights of daughters as women are being oppressed day by day in Nepal.

The campaign is launched to encourage and appreciate the radical change against discrimination, inequality, and pressure on girls.

“Selfie With Daughter” campaign is believed to add a smile to girls’ faces and give full support to every girl who is the victim of various abuse and violence.

In a month-long campaign in Nepal, more than 1,000 people sent selfies with their daughters. On Wednesday, the best selfie winner will be awarded a trophy and a certificate worth Rs 21,000, Rs 11,000, and Rs 5,100, respectively.

Union Minister of State for India Rao Indrajit Singh will be the special guest to be held on Wednesday. At the same time, former Minister for Women, Children, and Senior Citizens of the Government of Nepal Julie Kumari Mahato will address the function.