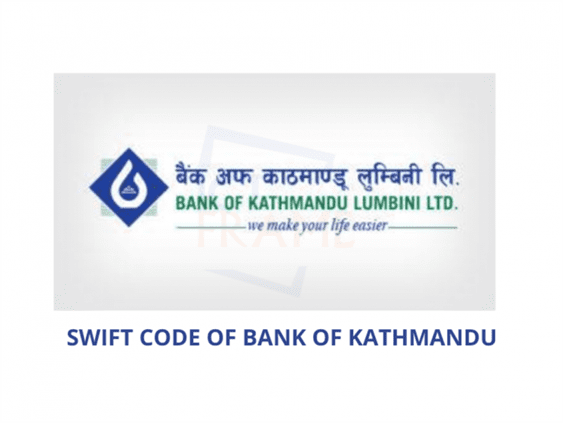 Bank of Kathmandu is one of the prominent banks in Nepal. It was established in 1995 AD. Since then, the bank has successfully provided a range of products and services to its customers. It has the vision to become a significant contributor to the economic development of Nepal by distinguishing the bank as an efficient, competitive, safe, and top-quality financial institution. It believes in its corporate slogan ‘We make your life easier’. For now, let’s get to know the Swift Code of Bank Of Kathmandu better.

Swift code of Bank Of Kathmandu:

Meanwhile, if you have any further queries visit the bank’s website by clicking here. You can also visit any of the branches of the bank throughout the country for detailed information.

IT Bill 2075 Effects On Productivity Of Financial Institutions In Nepal