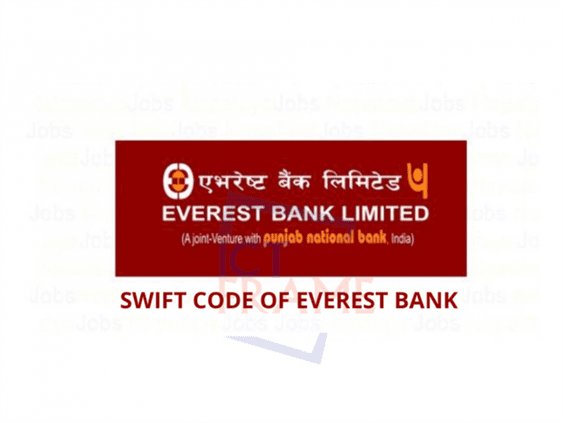 Everest Bank is one of the premier banking institutions in Nepal which is recognized by Nepal Rastra Bank. It was founded in 1994 AD and since then it has constantly been providing its services and products to more than 10 lacs customers till now. Punjab National Bank is the joint venture partner of this bank which holds 20 percent equity. It is also one of the biggest nationalized banks of India. The bank currently has 95 branches, 123 ATMs, 31 Revenue Collection Counters, and 3 Extension Counters throughout the country. For now, let’s discuss in detail the Swift Code of Everest Bank.

Meanwhile, if you have any further queries visit the bank’s website by clicking here. You can also visit the nearest branch throughout the country for any inconvenience.