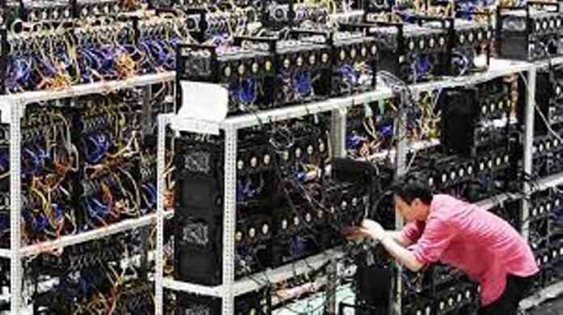 A cryptocurrency, crypto-currency, or crypto is a digital asset designed to work as a medium of exchange wherein individual coin ownership records are stored in a ledger existing in a form of a computerized database using strong cryptography to secure transaction records, to control the creation of additional coins, and to verify the transfer of coin ownership.

In Malaysia, thousands of cryptocurrency mining rigs have been destroyed by rollers. In the Malaysian city of Sarawak, authorities reported that 1,069 rigs could not be trampled by a steamroller at once.

According to Malaysian publication Dyke Daily, the PCs were seized in six raids between February and April this year.

Sarawak Energy Berhad, an electric utility company in the Malaysian province, is accusing mine operators of stealing electricity for their activities.

Individuals who want to mine cryptocurrencies seriously, such as Bitcoin and Etherium, use PCs built for it, and this process usually consumes a large amount of electricity.

It is therefore not surprising that energy thefts are often reported in places where miners conduct activities.

Malaysian city police chief Hekmal Hawari told Dyak Daily that energy theft for mining has spread so much this year that three houses were set on fire due to illegal electrical connections.

Malaysian police destroyed 5.3 million ringgit worth of such rigs.