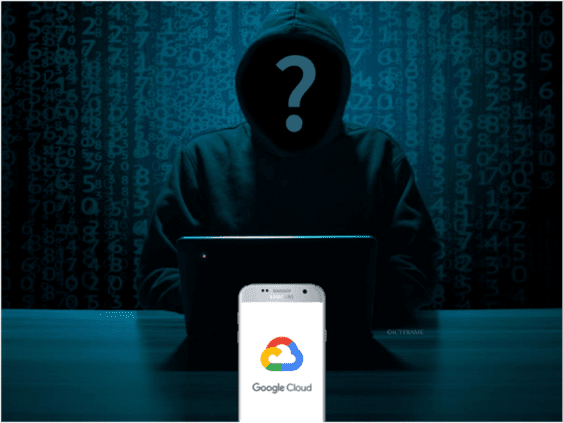 Sometimes we are unable to comprehend the advancement the world is making in terms of digital transformation. And those moments when we choose to ignore the threats that come with it, it is often too late. A report from Check Point Research stated a phishing attack that exploited Google Cloud.

Yes! The clouds may not be the safest place, after all.

Google may have dealt with this vulnerability, but it is up to us to stay vigilant and protect our data. In this article, we will also be discussing some ways how you can do that, especially on cloud services.

How did it Happen?

First, threat actors uploaded a PDF to Google Drive. They disguised the PDF to resemble a Microsoft SharePoint notice, but in reality, it contained a link to an MS Access Document.

Once clicked, the link redirected the user to a phishing page hosted on storage.googleapis[.]com/asharepoint-unwearied-439052791/index.html.

The phishing page would then prompt the user to login with their Office 365 or organization email and password.

After the user would enter the login credentials, the page redirected to a real PDF report published by a renowned global consulting firm.

And, that’s the trick! Users wouldn’t be suspicious even for a second because they would think that they were viewing something useful.

Also, because the phishing page is hosted on Google Cloud Storage.

It is also difficult for security professionals to identify or detect such phishing campaigns for the same reason.

“However, viewing the phishing page’s source code has revealed that most of the resources are loaded from a website that belongs to the attackers, prvtsmtp[.]com:”, the report stated.

After further investigation of the website, researchers came to know that it was resolved to a Ukrainian IP address.

Well, Google has a zero-day tolerance policy. So, it immediately suspended the phishing URL and all those associated with it.

There are also some incidents in the past where threat actors would host phishing pages using Dropbox and Microsoft Azure.

How To Prevent Such Phishing Attacks?

Have a look at the following points:

As they say, “Users’ mailboxes are the front door into your organization.”

Email security has become a necessity, which needs proper attention in organization architecture.

How often do you come across such potential scams or suspicious emails?

Do let us know in the comments!