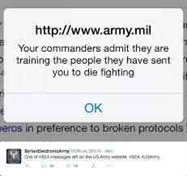 The US’s Army official website was hacked which contained the necessary information for the general public. Army decides to shut down the site after the hack temporarily. The website was said to be cut by the Syrian electronic army who wrote about accepting their work in their twitter account.
They hacked the website with the messages denouncing Washington’s training of rebel fighters inside Syria, but no data was stolen, officials said. The site didn’t even contain the personal and classified information as it was just for the data to the general public.
The website contained the Syrian flag made by the help of binary codes which were used by the syrian electronic army while hacking organizations.  Official say that it is the first time a US military site has been penetrated and a whole lot of security concerns came with it.
Previous hacks only targeted the Twitter account; therefore it was unexpected.
“Your commanders admit they are training the people they have sent you to die fighting,” said one of the messages. The group had been blamed for other hacks too before and  denial of service attacks that have condemned rebel forces fighting the Syrian regime.”Today an element of the Army.mil service provider’s content was compromised,” army spokesman Brigadier General Malcolm Frost said in a statement.
“After this came to our attention, the Army took appropriate preventive measures to ensure there was no breach of Army data by taking down the website temporarily,” Frost said.

The group has also been linked with the series of hacking the media accounts. The social media accounts of US Central Command, which oversees American forces in the Middle East, were cut in January with messages promoting the Islamic State group.

There were several other hacks too, and Syrian group is expected to be behind that. However, with the recent activities involving China, the officials of Us and lawmakers were suspecting china behind the breach.

With this, the whole officials of the US are concerned about the breaches that may affect in future. They will be working on making their sites more secure. 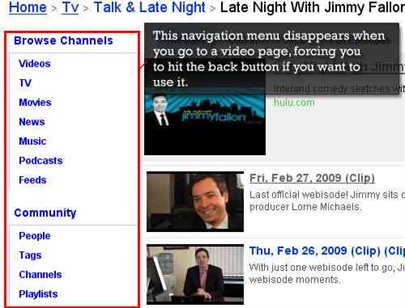 A Breadcrumb Trail Is A Horizontal Line Of Text Link Headings