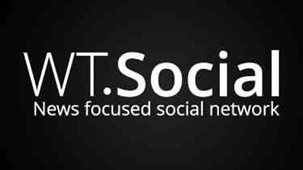 Wikipedia, a well-known search engine has recently set its foot in the social media platform after launching WT: Social, a social platform of its own. Wikipedia’s founder, Jimmy Wales said that WT: Social has been introduced as a well-suited alternative for Facebook and Twitter. He also mentioned that the platform won’t showcase any advertisements and hence is quite different from Facebook and Twitter.WT: Social is a result of Jimmy Wale’s earlier idea of ​​the Wiki Tribune. This project was started in 2017 with the intention of dealing with the incorrect news.

A video published by the platform’s team mentions that Wales got the inspiration for WT: Social due to the “superficiality of Facebook and Twitter” which he considers to be full of clickbait and misleading content.  The platform contains topics from politics to daily activities and hopes to replace Facebook and Twitter.

Wales mentioned on his tweet that WT: Social has reached 2 Lakh users till Tuesday. The platform will not only promote posts that have the maximum number of likes and comments but will contain an orderly list of posts that were most recently posted. The links posted to it will be shown based on the timestamp of the posts. He is planning to add an upvote feature on the platform that will help them provide suggestions to their users about quality content.

According to Wales, more than 5 people have contributed to the development of the site. This could indicate the success of service providers like Netflix or Spotify and the willingness of users to pay for relevant online content, he said.