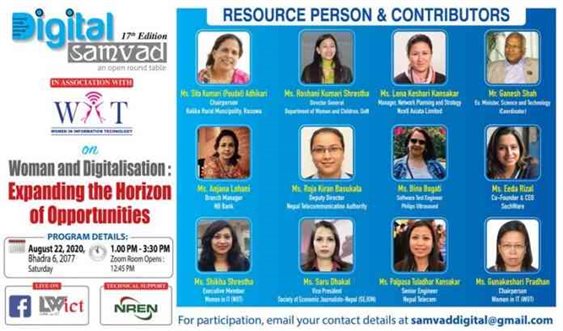 Women were among the first programmers in the early 20th century and contributed substantially to the computing industry. The first algorithm intended to be executed by the first modern computer, the Analytical Engine created by Charles Babbage was designed by Ada Lovelace. In the 21st century, as technology and practices have become more widespread, the influence and impact of the digital ecosystem on women and their role in the digitalized society has been brought further in the spotlight. Digital driven technology for women signifies a bigger gender gap in terms of economic benefits, skills, education, and career opportunities.

Digitalization has changed the very way we live, work, and think. Digitalization is the use of digital technologies and data as well as interconnection that results in new or changes to existing activities. It is a buzzword that encompasses digital economy, big data, social media, the cloud, robots & automation, artificial intelligence, internet of things, and disruptive innovations caused by these digital technologies. It has been used to strengthen new modes of initiatives of running the government or any sector adopting concepts of e-governance, e-education, e-health, e-commerce, and e-business among others.

As Nepal is aspiring towards a digital society, the interrelation between the digital development and the gender aspect needs retrospection. It becomes significantly compelling to analyze the engagement of women in the process of digitalization as well as some barriers applicable to women in accessing these technology-driven services. It is also necessary to understand the impact on women’s professional careers with these advancements for identifying future direction towards creating gender-responsive digitalization.

In the above pretext, the 17th edition of the Digital Samvad aims to: