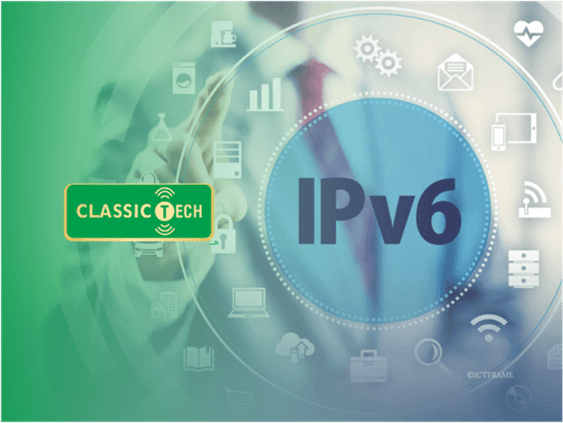 Classic Tech is the first Internet Service Provider (ISP) in Nepal to use IPv6 technology. It has been testing the service for one year now and for 3 months, it has been shifting customers to IPv6 traffic. More than 80% of customers are already on IPv6 traffic and remaining will be converted soon according to the ISP.

Basically, it is a new IP address format which was first discovered in 1998. Yes, it’s old but in terms of usability, it is still very new as it still hasn’t managed to replace the existing IPv4 Protocol.

The current IPv4 is 32-bit of which there exist around 4.3 billion public addresses. The quota may soon expire and that’s why we need to make a transition to IPv6.

The sole purpose of the IPv6 is to replace the IPv4 protocol when the time comes.

Even after the end of IPv4, most ISP’s are now using Network Address Translation (NAT) technology based on private addressing.

Stats show that there has been a significant rise in the use of IPv6 technology in Nepal in 2020. 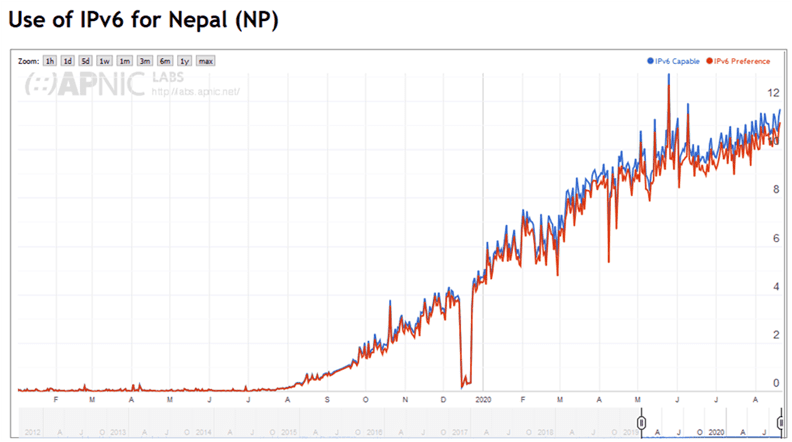 Research suggests that it is in the interest of the country, the people, and the service providers to adopt IPv6 technology.

It is also necessary because it allows the assignment of a unique routable public address to communicate with every connected device around the world.

In terms of connectivity, the v6 gives better internet access than IPv4. Furthermore, it does not require NAT technology.

The IPv6 is also highly applicable from a security standpoint.

Classic Tech is at the Forefront in IPv6 Technology in Nepal

Let’s have a look at the IPv6 capability metrics from Apnic.net. It clearly shows that Classic Tech leads the number when it comes to IPv6 capability.

Only seven service providers in Nepal have adopted the technology so far. These are Classic Tech, Worldlink, Smart Telecom, TechMinds, Ncell, Nepal telecom, and Vianet.

As mentioned earlier, Worldlink is still ahead in terms of sampled users, which is a total of 10293. For Classic Tech, it is 1376.

How did Classic Tech Manage to Come on Top?

You might be wondering how Classic Tech managed to top the IPv6 usage stats. It’s all in the stats and numbers really.

Now, comparing the total number of users, Worldlink leads the way. However, when it comes to the percentage, it is still lagging behind.

Both the ISPs have announced that they will be expanding IPv6 services to their customers. However, other ISPs still have a long way to go.