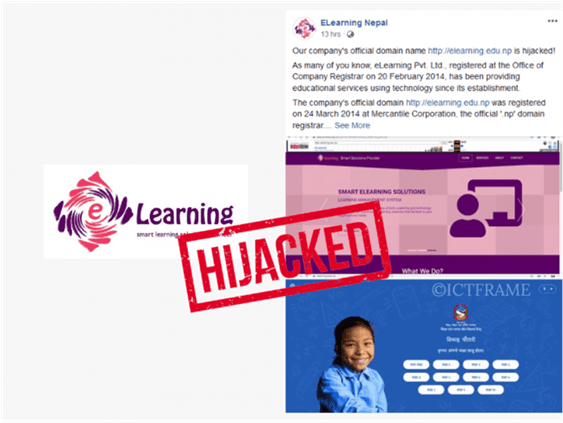 The company further states that a number of Learning Management Systems (LMS) run as sub-domains under their official domain. These sub-domains run the LMS developed by the company for their client organizations. In fact, one of the clients contacted the company on March 13 saying they couldn’t access their system since a day before (March 12). 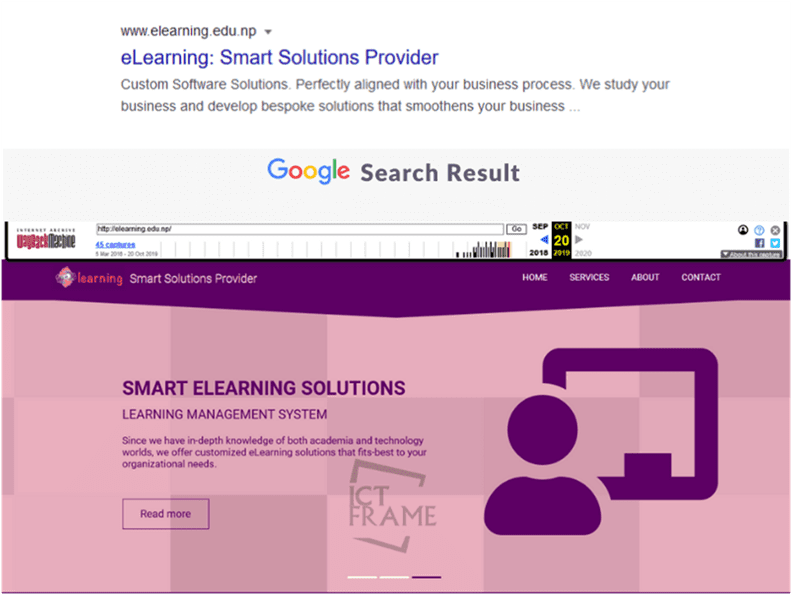 Screenshot of the website on the official domain from October 2019.

After investigating the issue, the company came to know that the name server of the official domain had been changed without their knowledge.

The company claims to have received an email reply from Mercantile on Thursday (May 14) at 5 PM. The letter stated that Mercantile had not changed the domain, and the company should send them an authorized letter in case of any problem.

However, soon after receiving the letter from Mercantile, the company tried to access the domain and a new website opened. In fact, the eLearning official domain now opens the website for ‘Sikai Chautari’.

This incident raises many questions on user rights and consent. Furthermore, it clearly violates the use of the property without consent and this behavior is not admissible even from Mercantile.

The company strongly condemns this malpractice and seeks justice. We hope the concerned authorities take this matter seriously. 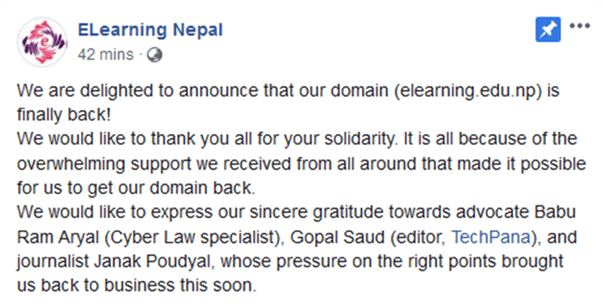 After the pressure from the public, Mercantile admitted its mistake. The company (eLearning Nepal) announced that its domain is finally back as Mercantile apologizes for the inconvenience. Meanwhile, the Managing Director at eLearning Pvt. Ltd, Vibhor Baral expresses sincere gratitude and happiness.