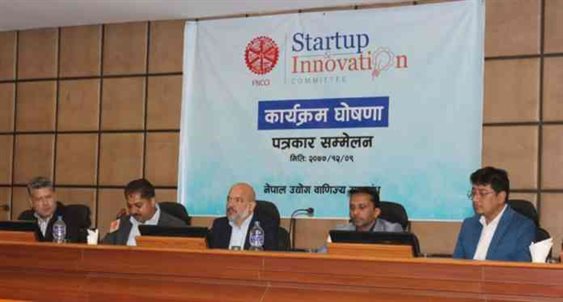 The Federation of Nepalese Chambers of Commerce and Industry’s (FNCCI) newly formed Startup and Innovation Committee is set to help Nepali startups.

The Federation of Nepalese Chambers of Commerce and Industry (FNCCI) has formed a Startup and Innovation Committee to encourage entrepreneurship in the country and generate as many jobs as possible.

For the first time, the federation has formed a startup and innovation committee, with the goal of employing up to 4 lakh people annually.

This Committee was formed under the chairmanship of Ranjit Raj Acharya, a member of the Executive Committee of the FNCCI.

You may like this: Awarded to Senior Vice President of FNCCI

The committee will connect new entrepreneurs to the center of the economy. It helps the FNCCI achieve its target of creating 400,000 jobs annually through the economic transformation roadmap, research startups, and industries. And to encourage entrepreneurship with the most creative ideas in the country.

Likewise, the FNCCI announced that the committee aims to recognize new entrepreneurs who have come forward with new ideas. And to help them in raising the requisite capital in the form of investment.

The committee’s first meeting agreed to provide initial capital to 50 startups. The Investor Forum will provide assistance to these startups. Later on, the committee will decide on the business selection and support process.

You may like this: FNCCI Newly Formed Startup and Innovation Committee 2021