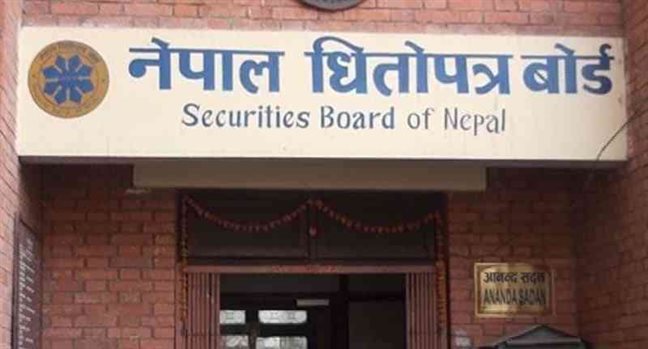 The government has decided to issue new broker licenses by increasing the paid-up capital. The cabinet meeting held on Tuesday has opened the way for issuing licenses to new brokers by amending the Securities Brokers, Securities Dealers, and Market Makers Regulations 2064.

The amendment proposal to distribute three-level broker licenses from the Nepal Securities Board reached the Council of Ministers through the Ministry of Finance.

Ministry had sent a proposal to the Council of Ministers, revising the proposal made by the board on the paid-up capital.

According to the current system, a securities brokerage company could be established if there was a paid-up capital of 20 million. Similarly, only a limited number of broker licenses were being distributed. But now it is possible to apply for a broker license in the stock exchange within the first month of every financial year.

The Stock Exchange will call for applications within 30 days in the case of the first financial year of implementation of the regulations. After that, within the first month of every financial year, interested companies or organizations can apply to the exchange for recommendations.

According to the new system, the license fees for securities brokers and securities dealers have also increased. The most expensive stock dealer’s license is one crore rupees.

The dealer application fee is two lakhs. Similarly, every year renewal fee for a broker license has to be paid. The board will charge an annual renewal fee of five lakh rupees for the dealer license.

It is proposed to fix the annual fee of general securities broker service at one and a half lakh. Anyone who qualifies under the new rules will be eligible to be reduced as a securities broker. Everyone who fulfills the prescribed criteria will get a license according to the level of Bokrar.

If someone is denied a license, the stock exchange will have to explain why the license was not issued. It is mentioned in the regulations that if the recommendation cannot be made within the specified time, the exchange should inform the board of the appropriate reason.

If it is found that the arrangements made by the regulations have been fulfilled, the board will inform the applicant to prepare the infrastructure within fifteen days.