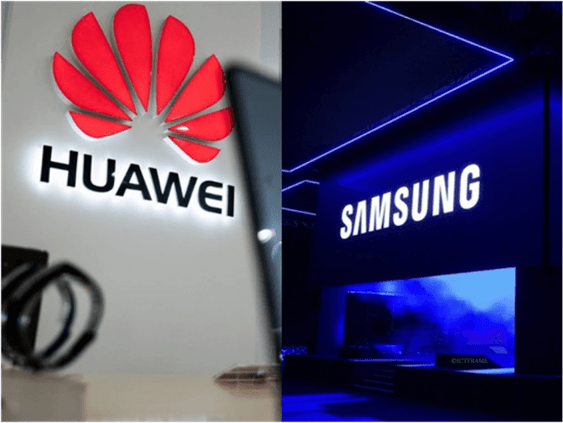 Huawei has become the biggest smartphone retailer in the world for the first time overtaking Samsung and Apple.

Now, this feat may only be for the second quarter of 2020 but it is still quite impressive considering the US sanctions.

The Chinese electronics giant shipped 55.8 million devices in the April-June period. Meanwhile, Samsung managed to ship 53.7 million devices, according to the data from Canalys.

How did Huawei manage to pull it off?

Well, the credit for the improvement in Huawei’s sale goes to China itself. Over 70% of its smartphone sales in the second quarter came from China.

That reason alone and also due to the fact that its overseas markets took a hit, analysts doubt over its sustainability.

Some research also suggests that the COVID-19 pandemic also had a role to play in this situation. Since Samsung has less than 1% market share in mainland China, Huawei’s sale dominated the market there.

Also, Huawei has realized that the US sanction issues have hurt its business abroad. The latest numbers may be in its favor but it certainly doesn’t guarantee its sustainability.

Learn more about US Ban on Huawei

“Once the global economy recovers, China’s strength alone will not be enough to keep Huawei at the top,” Canalys said.

How Does US Ban Prevent it From Securing the Top Spot?

The US blacklist prevents Huawei from using licensed Google Android on its latest flagship devices.

It may not affect Chinese consumers since they are not used to using Google services like Gmail or its search engine. Yes, these services are effectively blocked in China.

However, not having Google services is a big blow in the overseas market.

This is also a reason why Huawei’s rivals have grown in market share. Rivals such as Xiaomi, which can still use Android, saw an increment from 6% in its market share in the second quarter of 2019 to 13% in Q2 2020.

Are you a Huawei user? Do you think Huawei has what it takes to hold the top spot in the next quarter?