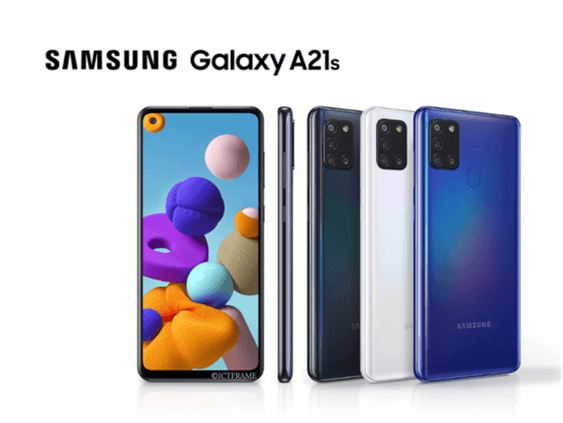 So, let’s get familiar with the specs, features, and expected price of Samsung Galaxy A21s in Nepal with its official launch.

The Galaxy A21s features a glass front with a punch-hole on the top left corner that houses the selfie shooter. Meanwhile, the back has a plastic build with a rear fingerprint scanner and a quad-camera setup. So, it is basically everything that a midrange Samsung phone lately looks like.

The quad-camera setup at the back is in an L-shaped module with the flash next to the depth camera. The smartphone features a 48MP primary sensor with an f/2.0 aperture and an 8MP ultra-wide sensor. Accompanying these are 2MP depth camera and 2MP macro camera. 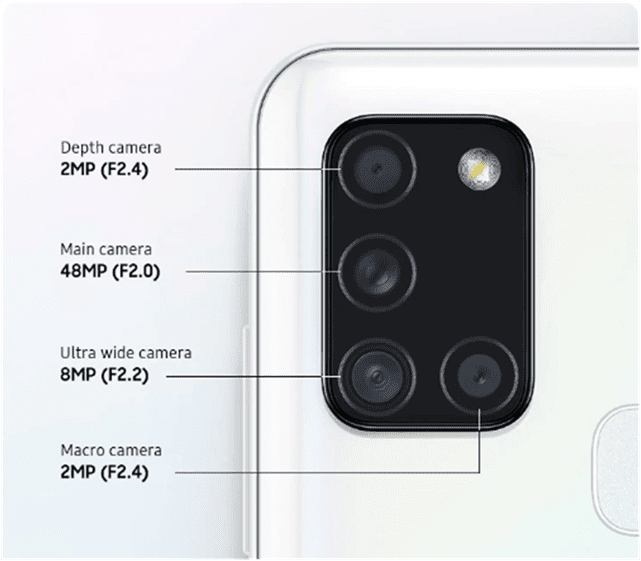 Buyers get features such as Auto Flash, Face detection, Touch to focus, and 8 x Digital Zoom. Similarly, the front camera is a 13MP sensor with f/2.2 aperture.

It also has a dedicated food mode and Ultrawide Panorama. And, the variety of stamps, filters and live stickers further personalize your shots.

Powered by an Exynos 850 chipset, it surpasses the performance of its predecessor Galaxy A20s. Also, it comes with the octa-core processor with the base clock speed of 2.0 GHz – perhaps the first smartphone with that spec.

Samsung Galaxy A21s comes in the variants of 3/4/6GB RAM paired with either 32GB or 64GB internal storage. However, only the 64GB variant of Galaxy A21s has arrived in Nepal. 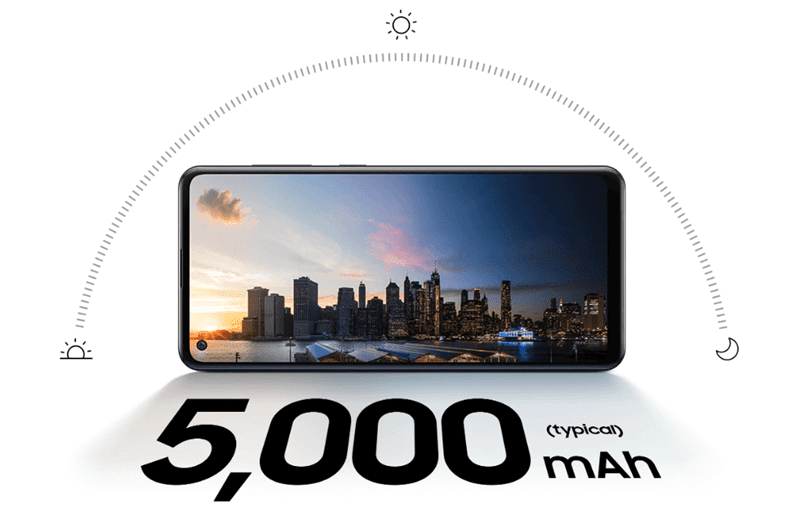 Its battery is one of the key specs to look forward to. With a massive 5000mAh battery, buyers get better performance on day-to-day tasks and even multitasking. Moreover, it has the support of 15W fast charging.

Coming to its security, the Galaxy A21s features it’s signature defense-grade Samsung Knox security platform. This means that the smartphone ensures the safety and security of consumer data.

Don’t miss out on the Samsung Mobile Price in Nepal.

It is available all over Nepal from July 15, 2020. The color options for the Galaxy A21s include – Blue, Black, and White.

Nevertheless, it is an attractive smartphone in terms of performance among the midrange smartphone lineups in the Nepalese market. It has got a decent camera along with the HD+ Infinity-O display. The fact that even its predecessor had an amazing battery life gives the A21s an edge in the market.

Would you go for this Samsung device as it has already landed in Nepal?