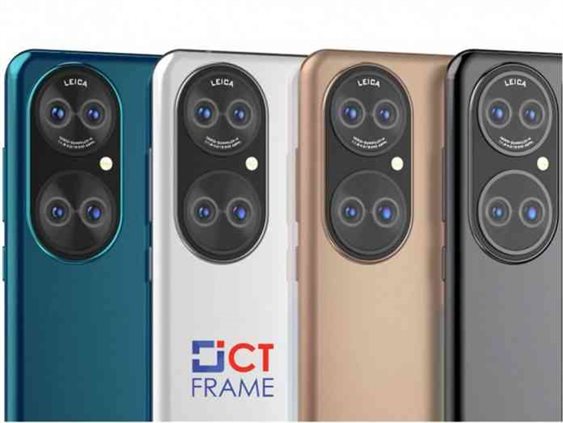 Recently, new specifications of Huawei’s P50 series have been leaked. The P50 will be unveiled on July 29 (Shrawan 13) as a much-awaited lineup under Huawei’s P-Series.

Huawei Insider has revealed the release date and has also brought out some features. Under this, Huawei P50 will be made public with the chipset of the 4G version of Snapdragon 888.

Earlier, it was said that Huawei’s P50 series will be available with Kirin chipset. Huawei is being banned in the United States. It’s planning to use the Snapdragon chipset along with the inconvenience in the supply of its Kirin chipset.

The supply of Kirin chipset is limited according to the received information. As the chipset in stock is not enough for the P50 series, the company is preparing to use Qualcomm’s Snapdragon chipset.

The phone, which will be unveiled by the company as the US bans Huawei from 5G technology, is expected to have a 4G version of the Snapdragon 888 chipset. This means that the Huawei P50 will come to the market as a 4G phone.

This phone is expected to have an improved wide-angle camera, ultraviolet, telephoto (non-periscope). This model is expected to be available in 4 color options.

Harmony OS is considered a next-generation operating system. It empowers interconnection and collaboration between smart devices like phones and tablets. It delivers reliable smooth simple interaction in all scenarios.

The performance of Harmony OS is “superior to that of the Android-based EUMI” says Huawei. It maintains read/write speeds close to those of a new phone after 36 months of use, even with less storage available.

It allows seamless interactions among a wide array of device forms, from earphones and automobile head units to smart TVs and mobile phones.

HarmonyOS uses different smart devices into a single super device, behind which all devices work collaboratively and share their resources to offer a seamless experience for users.

This OS is one-time development for multi-device deployment. You can write app code once and use it for a wide range of devices.

Harmony OS allows you to run the same app on different devices with an improved multi-platform capability. It’s more secure than Android because the new OS also has no root access.

Huawei also insists that both speed and battery life are enhanced through HarmonyOS.

Both these processors are octa-core chipsets. However, the rest of them are different except for the four Cortex-A55 efficiency cores.

The Kirin 9000 when compared to the prime core of the Snapdragon 888 which is the Cortex-X1, and its performance cores which are Cortex-A78 cores.

The Snapdragon 888 should take the lead in performance. However, the Kirin 9000 should be faster due to the cores’ higher clock speed for tasks relegated to the efficiency cores (Cortex-A55).

Kirin tops and scores 6261 points on the GPU benchmark app, leaving the Adreno 650 GPU with a score of only 4286 points in the dust.

In conclusion, it can be seen that both the chipsets are powerful in their own place. In terms of CPU performance, the Snapdragon 888 takes over while the Kirin 9000 seems to be the one with the better GPU and AI capabilities.