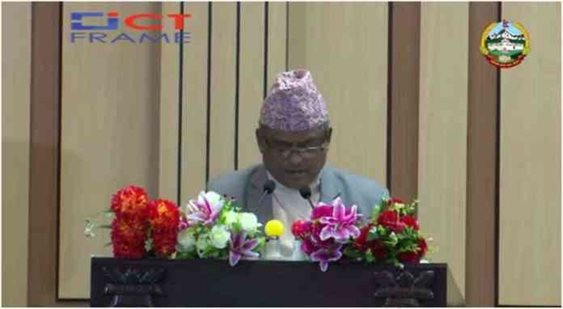 An Innovation Center is a cross-functional plan. It creates a haven for new ideas.

It is also the incubator portion of the building, which is dedicated to start-up companies.

This is done to advance the campaign of making a digital state by making public the budget of the fiscal year 2078/79.

A necessary budget has already been allocated to implement the information system software used by the state government.

The implementation is to make the work and services of the government faster and more transparent.

The work will be done by the use of electronic media.

The budget related to the work was presented in the state assembly yesterday.

Minister for Economic Affairs and Planning Baijnath Chaudhary (Tharu) announced it on Tuesday.

In addition, the Lumbini state government has also announced a budget allocation for the operation of an innovation center for the development of science and technology.

In addition to this, funds have been allocated to produce a skilled workforce, job creation.

Furthermore, it is for preparation of industry and database of skilled workers for the construction of information technology friendly states.

The state affairs information center will be developed as a means of establishing relations between the state and the people.

Similarly, the state-level roads will be connected to the geographical information system.

And public transport fares will be paid electronically.

All types of management information systems and software to be used by the Lumbini state government will be determined, developed and quality tested by the Information Technology Institute.

The state government has allocated Rs.40 million for CCTV connection in various places, including highways, in the coming fiscal year.

The State Government has allocated a budget in coordination and cooperation with the Government of Nepal for innovation and development at all local levels.

The allocated budget is Rs.187.7 million to operate a new partnership fund to help increase competition.

The budget has been arranged so that the applicant can apply for the advertisement of the examination of the Provincial Public Service Commission online.

If the Lumbini state government operates an innovation center for the development of science and technology, it will really be helpful for the people.

It will also be a great initiative and support for the development of the nation too.

An innovation center serves as space where people can gather and design thinking for innovation can directly happen.

It is designed to host brainstorming sessions, design sprints, or innovation workshops.

Dashain,Tihar and Chaat offer of LG