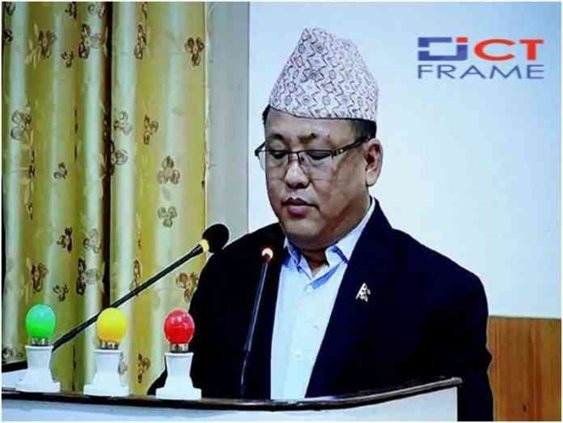 The government of Province No. 1 will integrate all the offices of the provincial government through networking in line with the idea of ​​a digital province.

Minister for Economic Affairs and Planning Tanka Angbuhang announced yesterday that in the budget of the coming Fiscal Year 2078/79 BS.

The public services flowing from the offices of the state government will be connected to the electronic system.

He also announced setting up a reporting portal to simplify the reporting system.

In addition, the state government will increase the use of information technology to make revenue collection effective and make arrangements for entrepreneurs to pay taxes electronically.

Apart from this, it is planned to build smart cities and model villages in Rumjatar of Okhaldhunga, Pandhare of Bhojpur, Rajarani of Morang, Sandakpur of Ilam, and Ghunsa of Taplejung in the coming fiscal year.

Province No. 1 has made arrangements to provide the services of the transport sector through electronic means, and the registration and management system of vehicles will be implemented from the beginning of next year.

Similarly, Minister for Economic Affairs and Planning Aang Buhang announced that a budget had been allocated to form the proposed Madan Bhandari Technical College.

The appropriate criteria would be formulated to make modern technology-friendly in schools. The libraries would be set up in each school and upgraded to an electronic library.

In addition, it is mentioned in the budget speech that the budget has been allocated to start telemedicine service through district hospitals and referral hospitals.

Nepal Telecom Calls Out PABSON For Irresponsibly Accusing the Company