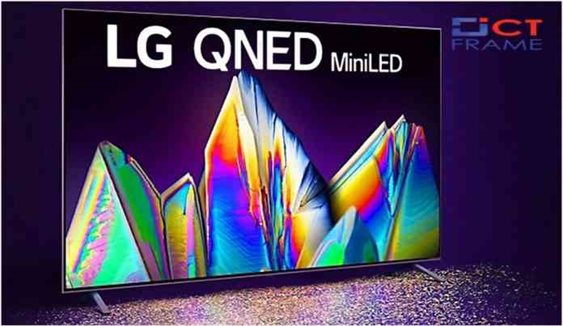 LG Corporation is the second-largest Korean multi-industry company. It is founded on January 5, 1947, by Koo In-Hwoi.

QED is an amalgamation of the word ‘Quantum,’ LG’s ‘NanoCell’ LCD branding, and the ‘Emitting Diodes’ used in its backlight. That’s a Q, and N, and E, and a D.

Specifically, QNED makes use of 30,000 minuscule LEDs used in its backlight, far more than the number found in its existing LCD TVs.

Mini LED is a relatively new display technology that uses an array of thousands of tiny LEDs as a screen’s backlight.

Because there are so many (up to 30,000 in the case of the 86-inch QNED99), they can create a sharper contrast between light and dark areas of an image.

LG says the technology, which has previously been used on some TVs from TCL and Apple’s latest 12.9-inch iPad Pro, allows for a “10 times better contrast ratio” than normal LCD TVs.

On Wednesday, the company announced that the TV will initially be sold in the United States and will be available in Japan, European countries, and South Korea, respectively.

A total of seven models are expected to be unveiled in South Korea.

Mini LED TVs use mini LEDs for backlighting. These LEDs are much smaller in size than LCDs.

LG’s 86-inch model will have a total of 30,000 light sources and 2,500 local dimming zones. The company claims that the contrast ratio of this QNED mini LED TVs is 10 times higher than that of traditional LCD TVs.

This TV uses quantum dot nanoshell color technology which provides many color intensities on the TV. The company also claims that these QNED TVs are of the highest standard in its TV segment.