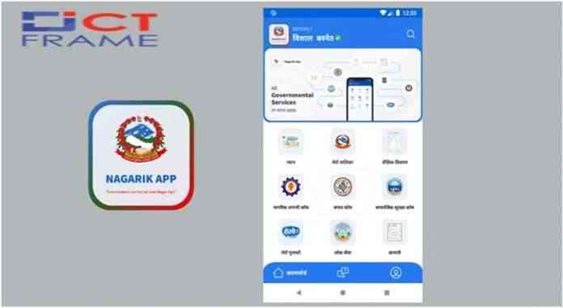 Nagarik App is a mobile application launched by Nepal Government to provide government-related services on a single online platform.

These days users are attracted to the ‘Nagarik App’, which was unveiled on January 2.

The government is preparing to bring the Nagarik App as a super app.

A meeting of the Council of Ministers was held on July 22  and has decided to connect the services of all government agencies as well as private service providers by issuing a citizen app operation guideline.

Similarly, through the Nagarik App, the government or private service providers will be able to pay the required service fee or fee.

This means that service charges or fees can be paid directly by linking the bank account or by connecting to the system of other payment service providers.

According to the Nagarik App (Operation and Management) Directive, 2078 BS, which was approved on the proposal of the Office of the Prime Minister and Council of Ministers, the services of all government and private service providers can now be connected to the Nagarik App.

According to the directive, private sector bodies will be allowed to maintain inter-affiliation in the Nagarik App.

For this, if the private sector bodies have to be involved in the flow of services, the Ministry can approve the services to be provided by the private sector on the recommendation of the Technical Committee (Communications and Information Technology).

But the directive sets standards for such service providers. The technical committee has been assigned the responsibility of setting minimum hardware infrastructure and software standards, manpower, network, database security, and other sensitive issues.

In the absence of such criteria, the technical committee is tasked with making arrangements for upgrading and arranging inter-network and security between the service provider’s system and the Nagarik App’s system.

In addition, as per the directive of the government, the service fee and the amount to be paid while receiving the service from the Nagarik App will be made.

As per the provision in Article 4 of the guideline, if the Nagarik App user has to pay a fee or fee for any service, such an amount can be remitted as per the instructions received through the Nagarik App.

In subsection 4 of section 4, if a user has to pay or pay any fee, fee or any other amount in order to get such service in accordance with the prevailing law in the application made for any service, such amount should be paid in the name of the service provider.

Similarly, in addition to the prescribed fee, the Nagrik app user will not have to pay any additional fee for using such an app.

Other arrangements for applying for services through the Nagarik App will be as determined by the Ministry of Communications and Information Technology.

The Office of the Prime Minister and Council of Ministers will coordinate and facilitate the operation of the Nagarik App and the services that flow from it, while the ministry has to take technical responsibility.

Similarly, a separate role has been assigned to the service provider.

With the advent of the directive, the app will now provide services to all bodies of the Government of Nepal, courts, constitutional bodies, commissions, secretaries, all state bodies, local levels, universities, colleges and schools, all types of bodies fully or partially owned or controlled by the Government of Nepal.

However, such service providers will only connect to the Nagarik App after the recommendation of the technical committee. 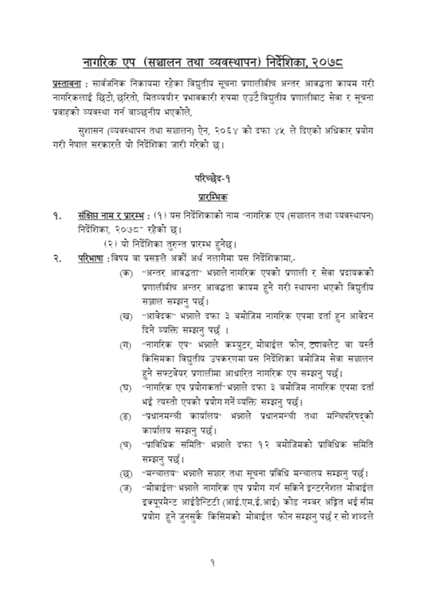