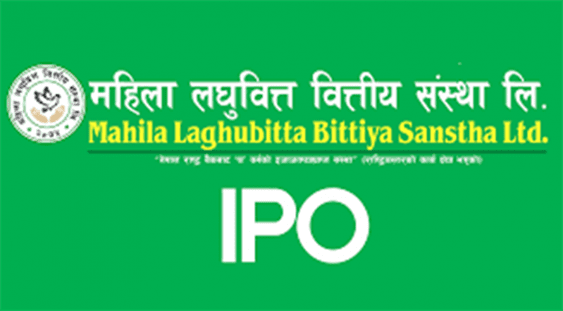 As per the capital, a total of 37,500 applicants were provided 10 units of shares through the lottery. And remaining 1,499,182 applicants returned empty hands.

You may like this: An IPO of Rs 47 Million is Coming Soon

As the IPO was oversubscribed, the allotment was made in compliance with the Securities Issue and Allotment Directive.

From 12 to 17 February, Mahila Laghubitta issued 400,000 units shares worth Rs 40 million as Initial Public Offering to the general public.

Out of the total offered shares, the company allocated 0.5% of the issued capital I.e. 5,000 units have been allocated to employees of the company.

Similarly, 5% of the remaining units, i.e. 20,000 units, were allocated to mutual fund units. And the remaining 375,000 units of shares are for the general public could apply.

After the IPO, the company’s paid-up capital reached Rs 100 million. The outcome can be viewed via meroshare and the issuer company website and issue manager.

You may like this: Millions of People Applied for the IPO of Infrastructure Bank