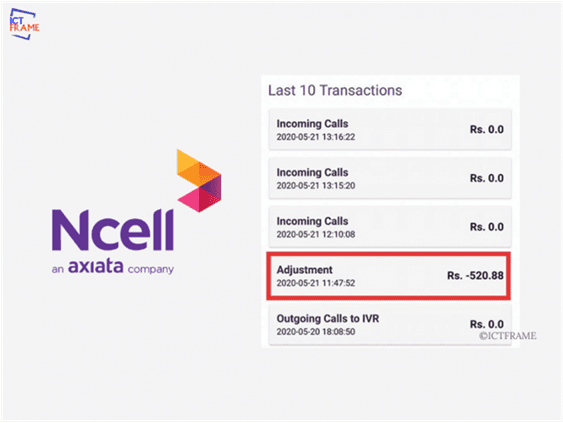 Ncell returned 520.88 rupees as ‘adjustment’ to a person’s account (May 21). The company deducted balance from the person’s account for automatic subscriptions of MusicMeter Content, VideoPlus Content, and Huawei Games Content services. Furthermore, Ncell had auto-renewed these services due to which a massive amount was charged. 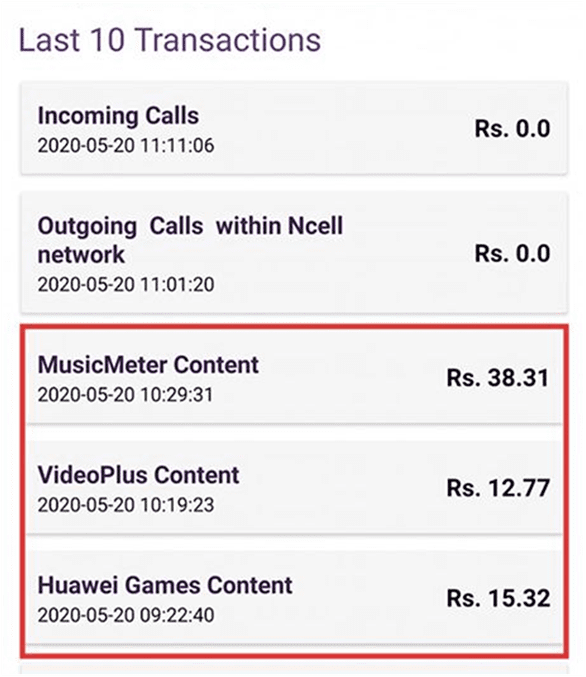 If you thought that’s worse, wait for the next part.

The mobile number belongs to a laborer who uses a bar phone! So, there’s no way he could’ve even subscribed to any of those services by accident. His phone doesn’t even support the mentioned services.

How did the laborer come to know about this?

He visited a tech-savvy person to recharge his phone with 100 rupees through Khalti – a digital wallet. Later that evening, he again visited the person complaining that he did not have enough balance on his phone.

When the person checked the balance history through the Ncell app, he came to know that Ncell had charged the laborer’s account for unnecessary services without his knowledge and consent.

Then, the person tried messaging Ncell on Facebook to inform them of this incident. He couldn’t get a hold of Ncell via message so he wrote a short article and posted on Facebook group Entrepreneurs for Nepal. 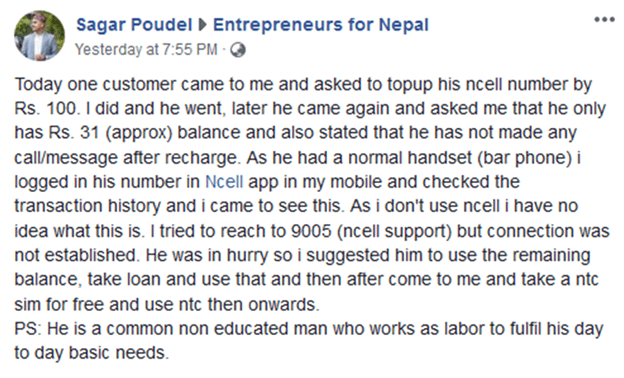 After doing so, he came to know that others too had faced similar issues. Also, he found out that Ncell returned their balance after they repeatedly contacted the company. Soon enough, Ncell officials got in touch with him and asked for details assuring him that they would look at the issue.

This morning, he received a message from the company on Facebook thanking him for informing about the issue. Thus, Ncell made an adjustment in the balance.

The person then informed the laborer of this and checked his balance history through the app again. He found that 520.88 rupees had been returned by Ncell. 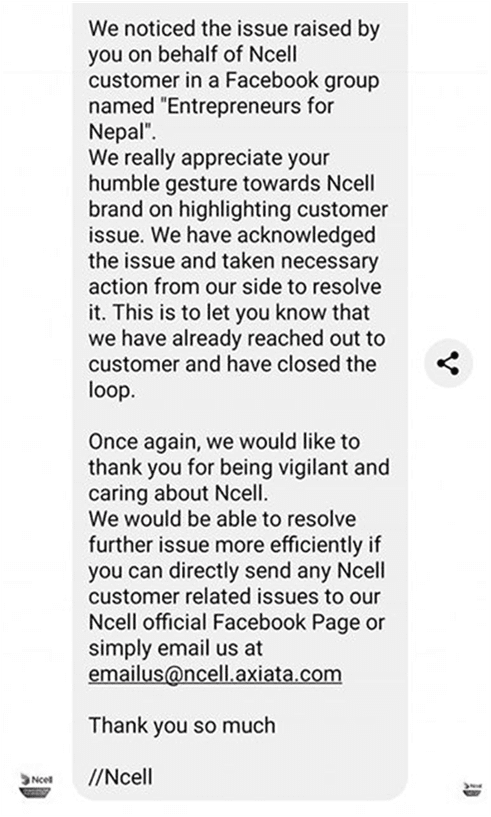 Basanta K. Dhakal covered this story as well on his Facebook timeline as he thanks Ncell for this. At the same time, he raises a question to Ncell:

Truly, these questions are more important than we realize. Balance deductions without knowledge or consent are not a new thing but when does it stop?

What’s your take on this? Have you come across similar incidents as well?