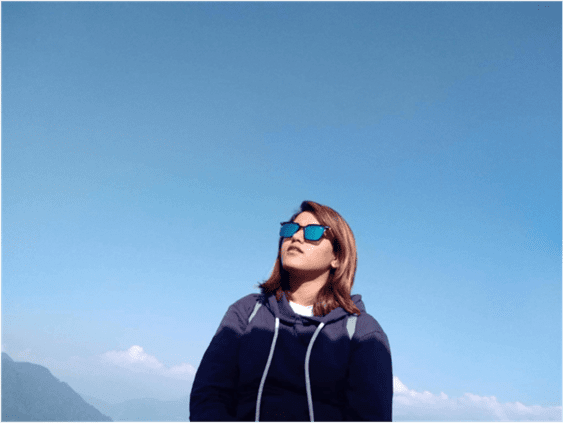 In fact, she discovered 2 bugs on the platform.

Let’s first get to know what these bugs were.

One of the bugs that she reported was the photo uploaded to Instagram’s story was also shared on Facebook. The social media giant has fixed this bug and awarded Prava with a thousand dollar bug bounty. 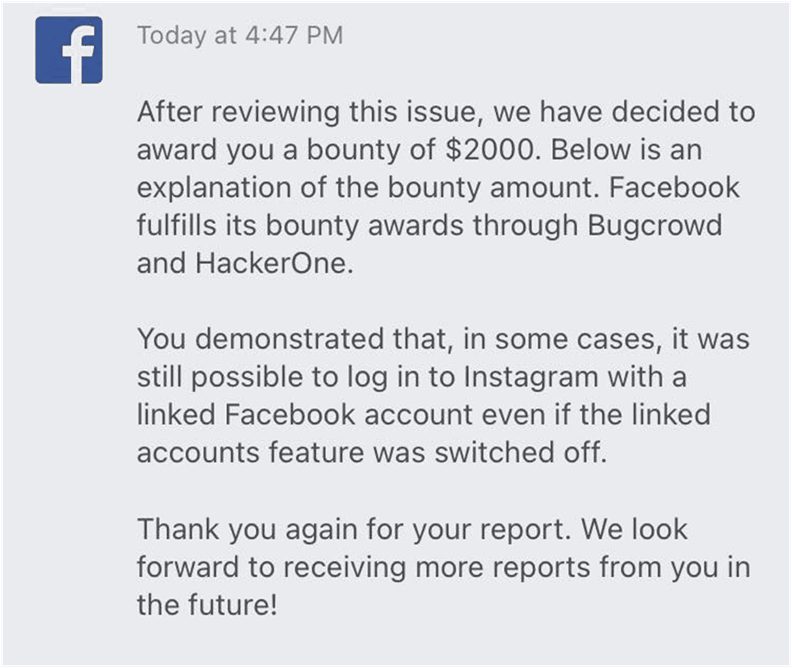 For reporting this bug, Facebook has awarded Prava with a bug bounty of $2,000.

With this, she is on her path to becoming the first female bug bounty hunter to be listed on the Facebook White Hat Thanks page.

Recently, Facebook had awarded Saugat Pokharel with a $6,000 bug bounty. Read more of that here. 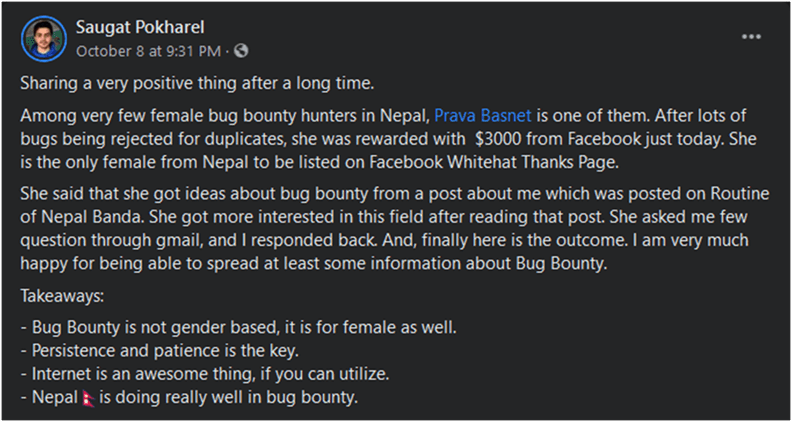