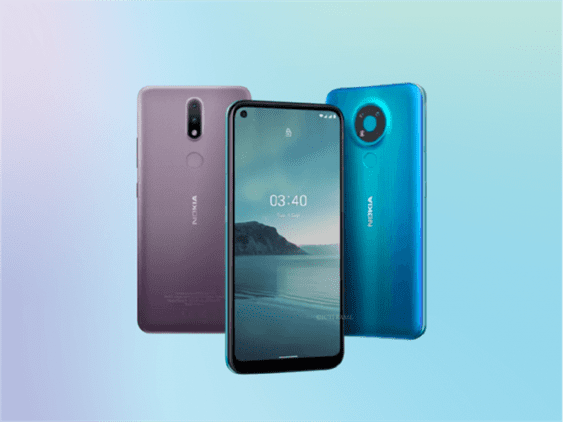 The Nokia 3.4 is the successor of last year’s Nokia 3.2 smartphone, which had a notched display. Taking a look at the aesthetics, the Nokia 3.4 sports a punch-hole cutout that houses the front camera. 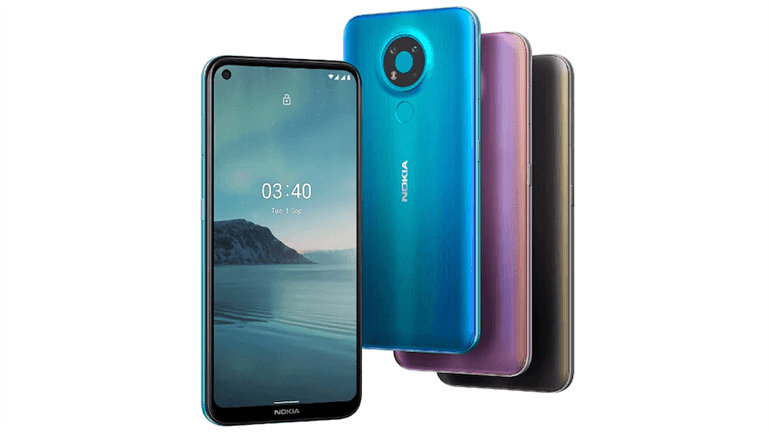 The rear panel flaunts a circular camera bump that houses the triple camera. Again, it is an upgrade from Nokia 3.2’s pill-shaped module. Similarly, there’s a fingerprint scanner right below the camera bump.

Digging into the camera specs, a 13MP primary camera is accompanied by a 5MP ultra-wide lens, and a 2MP depth sensor. Meanwhile, the selfie shooter is a 5MP camera.

Moving on to the performance, Snapdragon 460 SoC will be powering the Nokia 3.4. It is paired with up to 4GB of RAM and 64GB of internal storage. Moreover, it will soon be getting the Android 11 update despite shipping with Android 10.

Under the hood, the Nokia 3.4 comes with a 4000mAh battery that supports 10W fast charging. In fact, it will ship with a USB-C port as well.

Now, let’s move on to the first smartphone among the two to release in Nepal – the Nokia 2.4. The smartphone features a 3D nanotextured finish with chassis made up of metal.

The smartphone flaunts a 6.5-inch tall display with HD+ resolution and a 20:9 aspect ratio. These specs are certainly an upgrade from Nokia 2.3. The front also features a water-drop notch that houses a 5MP selfie camera. 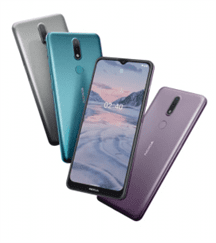 The rear panel has a pill-shaped module for the dual-camera setup that also includes an LED flash. This camera setup consists of a 16MP primary camera and a 2MP depth sensor. The camera feature on the Nokia 2.4 includes a dedicated Night mode to enhance pictures in the dark.

Powering the device is MediaTek’s octa-core Helio P22 chipset. To back it up, Nokia 2.4 comes with an option of 2GB and 3GB of RAM with up to 64GB of internal storage. The memory is expandable up to 512GB.

The Nokia 2.4 is equipped with a 4500mAh battery that can last up to 2 days on a single charge, as per the company.

Unlocking options include a fingerprint sensor at the rear panel and the AI Face Unlock.

Have a look at the specification comparison of these smartphones.

The Nokia 2.4 and Nokia 3.4 smartphones will be available for purchase in the international market in October. The starting price of the Nokia 3.4 in Europe is 159 EUR and that of Nokia 2.4 is 119 EUR. With that, the Nokia 3.4 price in Nepal should be around NPR 22,500.

Don’t forget to check out our suggested reads!

Samsung Galaxy Note 4 Is Up Against The Likes Of The...