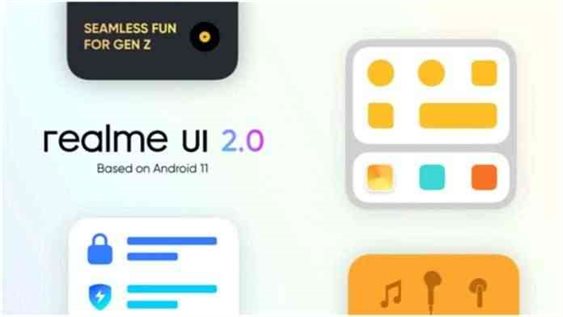 realme UI 2.0 based on Android 11 coming to more realme devices to build seamless fun for the Gen Z

The world’s fastest-growing smartphone brand realme, officially launched its new realme UI 2.0 back in September of 2020. Bringing in smooth and trendsetting OS and a more open user experience for the Zen Z with massive feedback from the users. Encouraging the young to create, socialize, and have efficient life, the latest version of Android is now coming to more realme devices.

Realme UI 1.0 was praised for its trendsetting design, easily operatable and smooth, plenty of features, and system stability for the young worldwide. Honoring the heritage, realme UI 2.0 has proven to further improve the smoothness of the device on selected realme phones like the realme X50 Pro 5G, along with a few Narzo devices while a number of devices are already running on the early access version of the OS.

Interested realme 7 owners can also dive into the Open beta program to experience the new UI before the stable version is ready. Users will need to apply for the open beta through the Settings>Software update, go to the gear menu in the top right corner, select “trial version”. Make sure you have over 5GB of free storage and at least 60% of battery charge before you begin.

Unleash the creativity of the young with rich customization

Let’s be a trendsetter with creativity. realme UI 2.0 is one of the most open smartphone OS and aims to unleash the creativity of the young and help them define their customized realme UI. The upgraded OS also opens permission for plenty of third-party features, including support for third-party icons and launchers.

As the ‘tech trendsetter’, realme has also focused on the trendsetting design of the UI. With industry-leading designers, the realme Design Studio was inspired by the golden circle and Mondrian patterns, with all efforts taken to make the upgraded UI more trendsetting and simpler. Following the same strategy, realme will co-operate with more global leading artists and musicians to provide more trendsetting choices for Gen Z.

In the age of information, everyone enjoys the convenience of cyber life. realme UI 2.0 aims to provide a secure platform, heavily focusing on user’s privacy with the all-new ‘Deep-Sea Privacy’. Enabling a sea of privacy features to better secure your data, more comprehensive sharing features, and performance optimizations to build a highly efficient digital sharing life.

The Deep Sea Privacy feature can protect your personal information from leaking to any apps providing them with a Blank ID. Users can store their secrets in the private safe of realme UI 2.0 and no one but you can find your locked and hidden apps. Online payments are also more secure, helping users recognize pseudo base stations and protecting users from fraudulent messages and advertisements.

To let the young live more efficiently, realme UI 2.0 provides a more convenient way for us to share and multitask with added features like Floating and Mini Window and sleep capsule. With the new UI, utilization of system resources has increased by 45%, system speed by 32%, and frame rate stability by 17%.

As a tech company, realme is committed to building a connected trendsetting smart life for the young with better hardware, software, and ecosystem. realme UI 2.0 is designed to provide seamless fun, and efficient life for Gen Z. The upcoming realme 8 series will come with the new UI out of the box while the majority of realme smartphones in the Nepali market will get the update soon. In the future, realme will make continuous efforts to improve the realme UI to build leap forward products and experiences.