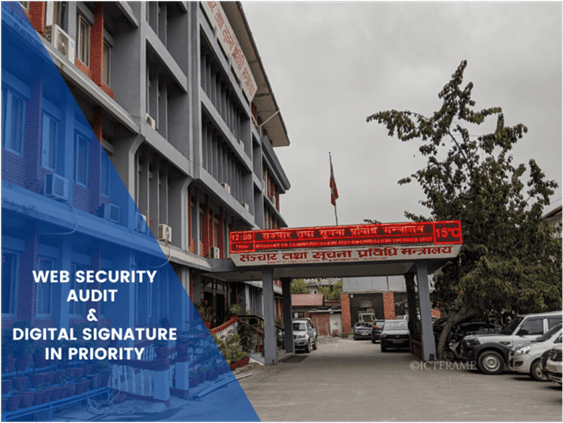 In the year 2076, the government implemented the Digital Nepal Framework to give direction to digital initiatives. There are eight sectors – digital foundation, agriculture, health, education, energy, tourism, finance, and urban infrastructure, and 80 digital initiatives under the framework.

The public Economic Survey shows an increase in the use of digital signature by 1000 this year as compared to last year. As of Falgun 2076, a total of 1,219 Digital Signature Tokens have been distributed among government, semi-government and private sectors.

Similarly, the survey shows that the number of cybercrime-related equipment tests is only 29 this year. In the previous fiscal year, it was 38.

What is a Digital Signature?

It is a digital code or a technique that securely verifies any confidential data and messages such as username and password. In fact, it is attached to an electronically transmitted document. Digital Signature uses a standard format called Public Key Infrastructure (PKI) to provide high-end security to verify the authenticity of the signature.

Read More: What Is Digital Signature And How Does It Work?

The government has been conducting website and web portal security audit to make them safer. So far, websites of 94 government agencies have been audited which includes 41 in the current fiscal year.

However, we need more web security audits to even reach the level of security that we need. There are many cases of website hack and data breach of government agencies in recent times. In fact, most of these sites had Http over Https.

According to the Economic Survey, the government has integrated the services of 15 government agencies in the National Portal to provide government services online.

Start of Cyber War Between Indian and Nepalese Hackers

CSRI Proposed Suggestions Regarding Policies, Programs, and Budget to the Ministry of Finance