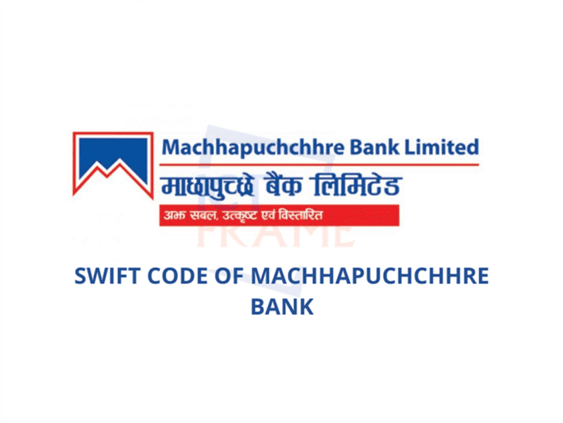 Machhapuchchhre Bank is an ‘A-Class’ commercial bank of Nepal which is recognized by Nepal Rastra Bank. It was registered in 1998 as the first regional commercial bank of Nepal. It started its operation from Pokhara in 2000 AD. Currently, the bank has 159 branches, 198 ATMs, 133 branchless banking units and 5 extension counters spread throughout the country. Similarly, for international transactions, the bank has its unique swift code. In this article, we will discuss the swift code of Machhapuchchhre Bank Limited.

If you have any further inquiries visit the bank’s website by clicking here. You can also visit any of the branches of the bank throughout the country for detailed information.