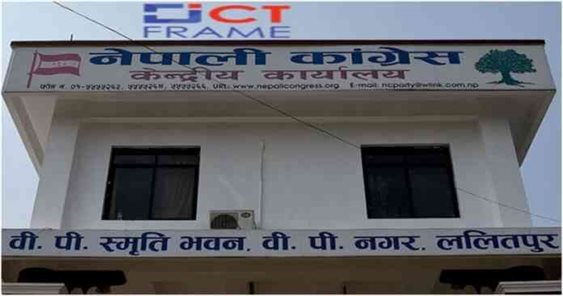 The Department of Information, Communication, and Publicity of the Nepali Congress has developed the technology to allow digital voting from the district.

Even if this technology is prepared for the 14th General Convention, the Central Committee will have to decide whether to use it or not.

Bishwaprakash Sharma, coordinator of the department and party spokesperson, said that the technology was ready for digital voting if the central committee deemed it necessary.

Department Secretary Dinesh Thapa Magar informed that the technology had been kept in a state of readiness. The general convention could not be held in physical presence due to the Corona epidemic.

“The technology has been developed in such a way that it does not have to start from scratch if the central committee decides it is necessary,” he said.

According to Secretary Thapa, the technology has been developed so that the delegates of the state conventions and general conventions can cast their votes by attending 77 district party offices.

“Through technology, the 14th General Convention has the capacity to complete all the processes related to the election of the center and seven states,” the department said in a statement issued on Tuesday.

For the first time, the department had done archiving (data entry) of active membership in the Congress through its website.

Congress has made arrangements to get party membership from the website. The 14th general convention of the Nepali Congress is being held in Kathmandu from September 3 to 4.

Coca-Cola Consumers Can Now Turn up Their Day at just Rs.25