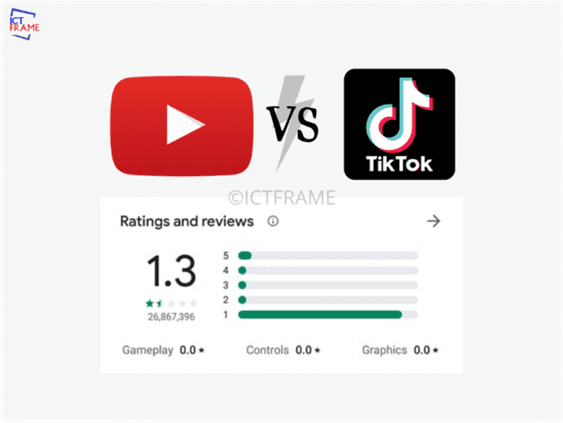 The latest controversy of YouTube vs TikTok has been spreading like wildfire in social media. However, the feud isn’t between the company themselves but the fans. Some would even say its YouTubers vs TikTokers but the real question is how did it start?

Just recently, TikTok crossed 600 million downloads worldwide on Playstore out of which 30.3 percent were from India. China ranks second with 9.7 percent and the USA ranks third with 8.2 percent of total TikTok app downloads.

It basically started with some people trolling TikTokers on social media. A few weeks ago, some YouTubers went on to YouTube to roast TikTokers. Later, a TikToker by the name Aamir Siddiqui made a video stating that the TikTok community is way better than the Youtube community.

He also claimed that YouTubers copy content from each other while TikTokers create original content and support each other to grow. Moreover, he mentioned in his video stating “All TikTokers should come to YouTube and eliminate YouTubers from there as well”.

These points sparked the viral debate of ‘YouTube vs TikTok’ when popular YouTuber/Roaster CarryMinati published a video with the same name on his channel.

In this video, Ajey Nagar a.k.a. CarryMinati roasted Aamir Siddiqui on his statements. Soon, the video trended with many users supporting the YouTuber. Other Indian YouTubers entered the debate by removing TikTok accounts or the app itself.

This particular video from CarryMinati broke several records such as the most liked video in an hour. In fact, it was on the verge of becoming the most liked non-music video on YouTube. Unfortunately, it was soon taken down by the platform due to several reports citing it as “an act of Cyber Bullying and Harassment”.

After the video had been taken down, CarryMinati posted this on Twitter: 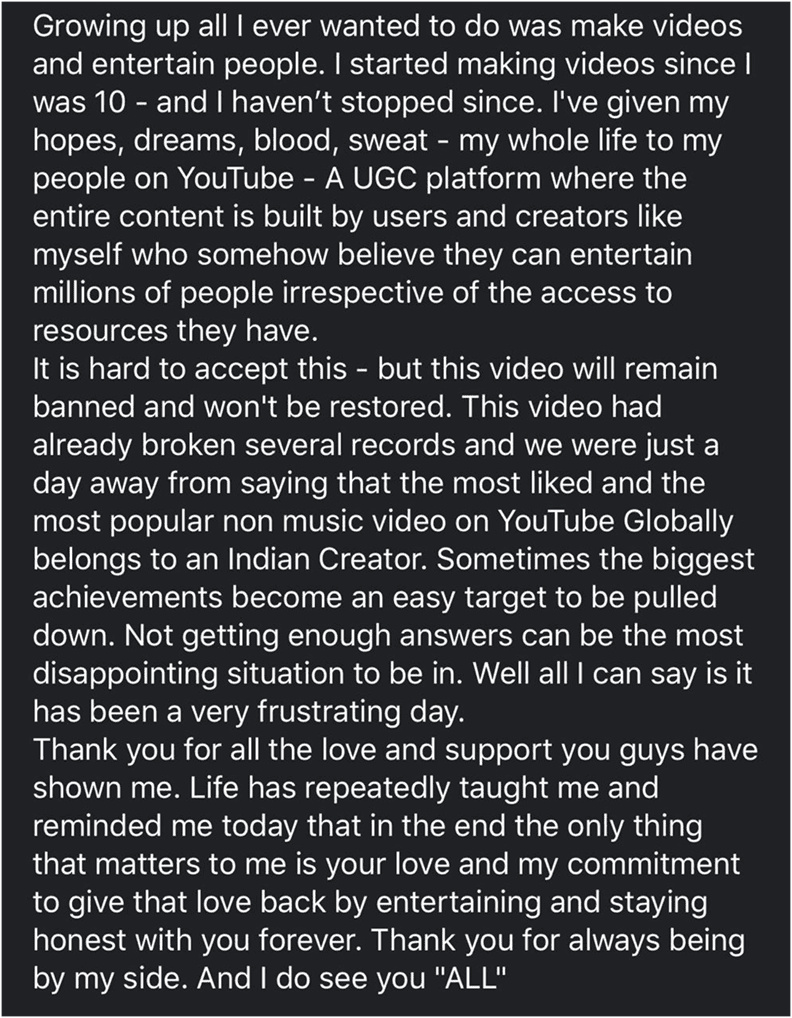 The debate on YouTube vs TikTok took a new turn after CarryMinati’s video was taken down. Certainly, YouTube fans are not taking it well. Any recent videos from TikTokers on YouTube have gained more dislikes. 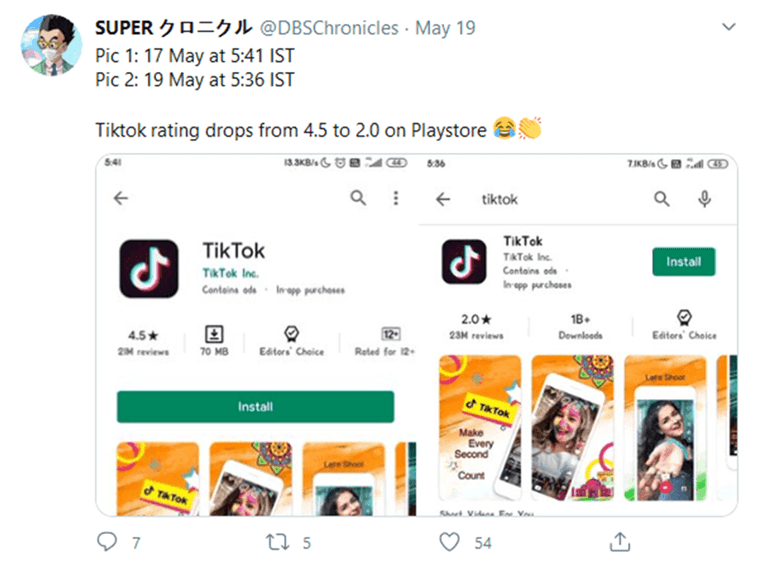 With YouTube fans and most ‘memers’ supporting CarryMinati, people have been heading to the Play Store to rate this app the least one can. Similarly, the number of reviews for TikTok on the Play Store has increased – negative reviews of course!

But wait! Could it be just because of the influence of CarryMinati’s video?

Another TikTok influencer (Faizal Siddiqui) allegedly has landed under police investigation after claims of promoting acid attacks on women through his video content. At this point, it might not matter what they post, TikTokers are going to get more dislikes on their YouTube videos if this continues.

You May Also Like: Google Does a TikTok, launches Short-form Video App Tangi

More on YouTube vs TikTok and App Rating Drop

It’s pretty obvious that CarryMinati’s fans are angry and are taking it out on the Chinese app. The app rating has been falling each day and we can still expect it to drop further. Currently, it has a one-star rating which is the lowest an app can get.

Similarly, TikTok lite also has a rating of 1.1 on the Play Store with more than 900k users.

On May 18, CarryMinati posted another video on his channel asking people to stop making assumptions and twisting his words. He expressed his sadness along with the reason why he believes his previous video might have been taken down. And, guess what?

Like the previous video, this one too broke the record of the fastest liked YouTube video. It got one million likes in just a single hour of its release. But, the fans want more for their ‘icon’. 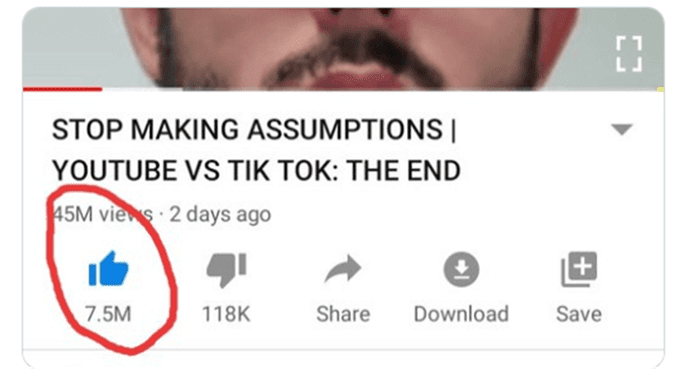 The video has managed to become India’s most liked YouTube video. Furthermore, since his YouTube vs TikTok video, he has managed to gain 7 million subscribers in a week.

What does it mean for TikTok?

Hold on for a second! What if we told you that TikTok might have a trump card up its sleeves?

In May 2019, Google announced a change in its app rating strategy. Google’s algorithm favors apps from more recent releases instead of lifetime ratings.

“You told us you wanted a rating based on what your app is today, not what it was years ago, and we agree,” – Milena Nikolic, an engineering director leading Google Play Console.

This is exactly why TikTok’s rating has gone down so quickly. However, if it releases a new patch or update, things could change for the platform. After the feud settles down, genuine reviews may bring the app back to its previous rating.

Fans of CarryMinati have started a trend on Twitter with hashtags, #JusticeForCarry, #BanTikTokIndia, and so on. They are furious about his efforts going down the drain. The fans want his video back online and don’t seem to be stopping at any cost.

Merchant Bankers Association Urges To Use The Service Online