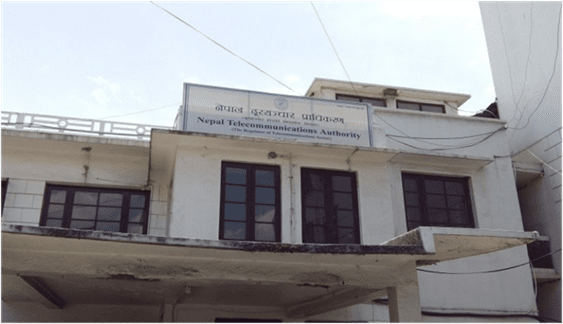 Broadband internet access reached to 57.45 percent of agencies operating in 41 districts of Nepal.

That is to say, there is a fund created to access the internet in all operating agencies of Nepal. The fund is named Rural Telecommunication Development Fund.

Under this fund, there are 18 projects which are currently under operation.

The Nepal Telecommunication Authority (NTA) informs that out of these 18 projects under the fund, 11 projects are working to provide services in 41 districts.

This covers a total of 7053 places in all these districts and the fund spent for this is Rs. 2.67 billion.

These include municipal and village offices, health institutes, ward offices, and community schools in all the districts.

To clarify, there is an improvement in the development of the usage of the fund. So far, 57.45 percent of the internet connection is complete under the broadband internet access project.

This information that we shared with you is made public by the NTA in a press release.

You May Also Like NTA Providing Rs. 16 Billion From Their Fund To Support The Government.

As per NTA, there are 18 projects in the RTDF.

To clarify, this makes the total sites in 18 projects equivalent to 16,601.

On the other hand, there are 15 project site agreements as well. We listed the details below:

However, these are only projects and the site numbers for the development of internet connectivity.

The NTA also made public the actual number of sites with an internet connection. The details are:

In 2018, NTA informed that it is developing 18 broadband internet projects under RTDF in rural parts of the country. Intending to mobilize RTDF and increase people’s access to the internet, NTA awarded all 18 such projects to internet service providers (ISPs).

Under these projects, ISPs require to expand broadband internet service in the government offices, particularly in all rural municipalities across the country, schools, hospitals, public places, and rural areas.

According to NTA, the expansion of internet services to the remaining district will commence after the lockdown period is over.

NTA claims that providing free internet to local bodies, schools, and health centers through the fiber is its major priority. In fact, the progress is quite significant in different phases.

However, there has been some delay in the work of fiber expansion due to the lack of coordination with the Road Department and Electricity Authority.

There has been a surge in Internet and Data traffic since the beginning of the lockdown in Nepal. With the increment in internet usage, demand for digital services grows as well.

According to the NTA Statistics up to Baisakh 2077, 72% of people in Nepal use the Internet. Meanwhile, 54% of people use the internet through mobile data.

There are still many places in rural and remote areas where people don’t have access to the internet. Nepal Telecom claims to be working on various plans regarding the expansion of internet access in rural areas.

Let’s hope within a few months, we witness astonishing progress from the telco sector.