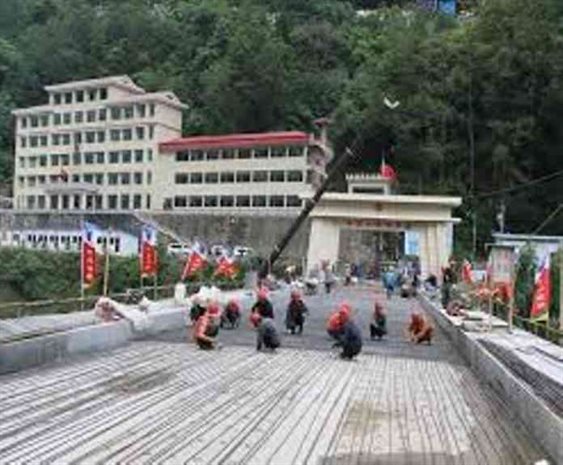 As the number of corona infected people increases in Nepal, the government is concerned about the import of daily essentials, mostly health supplies. With the support of the government of China, Nepal has been importing and exporting these supplies from Tatopani Transit. The authorities of Nepal and China have now agreed to ease this trade route.

The decision was taken during a routine meeting held on 14th April between the administrative and border officials.

Chief District Officer of Sindhupalchowk, Umesh Dhakal, confirmed that the necessary health measures would be adopted during the transport of supplies. The container truck drivers, assistants, and laborers would be provided with proper protection gear during their transportation. They would require these gears as they have to get across the border to get those supplies

CDO Dhakal said that the Chinese side would bring the goods up to the customs yard next to the Miter bridge. The Nepali side would then fetch the supplies will carry it from there to the dry port of Larcha. To cross the Miteri bridge on the border, the citizens from both countries will require health certificates.

Sarathi Provide Their Services For Medical Treatment If The Government Approves