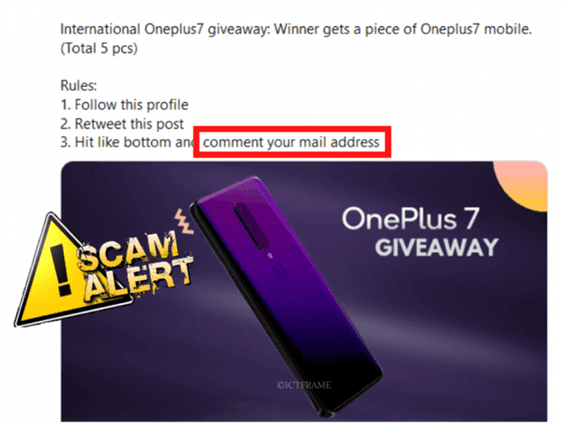 An unofficial OnePlus Nepal’s twitter handle has been collecting emails from the comment section as part of their giveaway. Clearly, it is an unauthorized act that is endangering the user’s email addresses.

What’s worse is that many people are falling for the scam.

We could show the comments containing the personal email addresses of the users who chose to provide it for some reason. However, we choose not to do so.

Meanwhile, some users were careful enough to protest and ask for valid reasons. 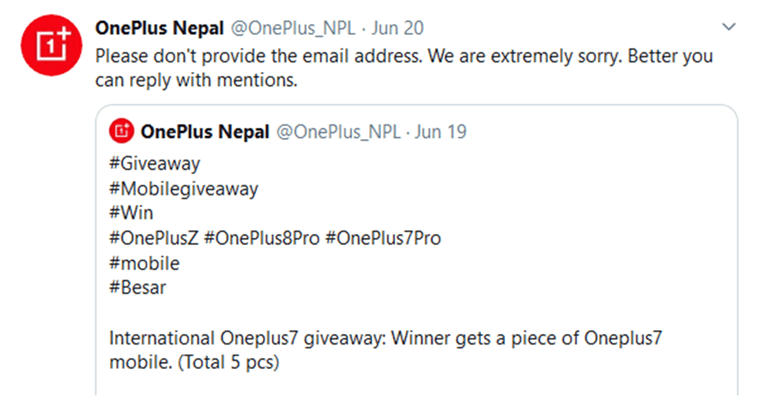 And oh, did you notice something unusual or rather funny?

The last hashtag on the post, #besar. At least, they know what’s trending in Nepal. 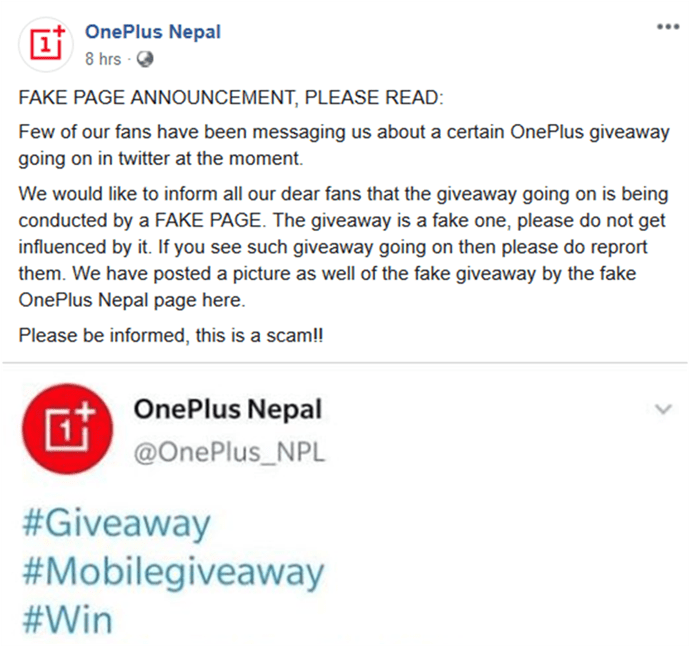 So, it turned out to be a big fat scam!

Also Read: 5 Ways to Detect Scam Emails Amid the Pandemic

Asking for an email address for a giveaway or any such campaigns is legally wrong. Moreover, collecting and using email addresses for other business activities can be subject to legal actions.

If found violating data privacy with such acts, customers can take legal actions against the company.

However, OnePlus Nepal claims that the giveaway is nothing but a scam from a fake account.

On the other hand, OnePlus announced an official giveaway of OnePlus One on the occasion of Father’s Day. Notice how they only ask for a like and retweet to be eligible for the giveaway. 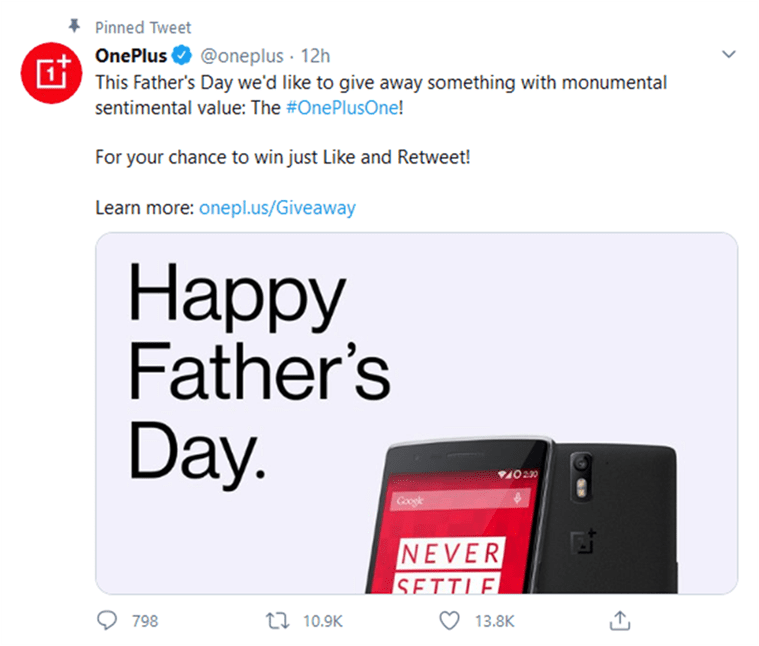 Asking for personal data in such a manner is both legally and morally wrong. In fact, falling for such a scam shows the situation of digital literacy in Nepal.

ICT Frame urges readers not to indulge in such scams and seek expert advice in case of any suspicious activities.

Apple Has Become The Most Used Brand For Brand Phishing