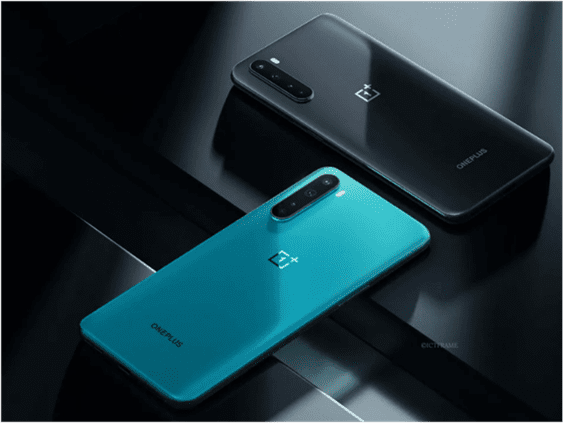 One of the most hyped smartphones of the year, the OnePlus Nord is now available for pre-order in Nepal. We all know that the prices of OnePlus flagships have been on a rising trend year after year. This is where the OnePlus Nord comes as a mid-ranger or an affordable option with a strong feature set. So, let’s have a look at the OnePlus Nord price in Nepal with its features and specs.

The initial impressions of the OnePlus Nord are generally positive but diving into its performance and specs will tell us if its an over-hyped smartphone or a mid-range marvel. While it does bring some company’s trademark features, it is not here to compete against the OnePlus flagship offerings.

The company launched its first device in the Nord lineup (considering there will be others in the future) through an AR event on Tuesday. In most ways, the OnePlus Nord is a mid-range alternative to the company’s 8-series.

Let’s take a dive into its specs and features, shall we?

The OnePlus Nord features a premium design with a metal frame sandwiched between Gorilla Glass on the front and rear. The size is similar to the OnePlus 8 and thus, fits for one-hand usage. Also, the power key is accessible just fine with the thumb.

The screen is a 6.44-inch Fluid AMOLED panel with a 90Hz refresh rate. It also features a curvy glass back and a quad-camera setup that is vertically aligned on the top-right corner.

Moreover, it has a pill-shaped punch-hole design and the company’s first dual selfie camera. One downside is its lack of IP rating but it might survive a few splashes and scratches.

The quad-camera setup at the back comprises a 48MP Sony IMX586 primary lens, an 8MP ultra-wide-angle lens, a 5MP depth shooter, and a 2MP macro lens. Furthermore, the primary sensor comes with EIS and OIS image stabilization.

Meanwhile, the OnePlus Nord easily wins over its siblings in terms of the selfie cameras. The primary lens on the front is a 32MP camera and there’s also an 8MP 105° ultra-wide camera next to it. In fact, the main camera is capable of recording [email protected].

With this, OnePlus Nord becomes the company’s first to have 6 cameras in total.

The smartphone packs a Snapdragon 756G chipset under the hood which is not exactly a flagship processor. On a mid-range smartphone, OnePlus had to leave something out and it’s the chipset. In fact, it also supports 5G.

Talking about memory, OnePlus Nord will be available in three LPDDR4X RAM variants – 6GB, 8GB, and 12GB. Also, the internal storage comes in the 64GB/128GB/256GB variants. The new entrant in the OnePlus smartphone lineup runs on Android 10 with OxygenOS on top.

Finally, the Nord packs a decent 4115mAh battery which is slightly smaller than the 4300mAh on the OnePlus 8. Moreover, it supports Warp Charge 30T and sadly, it lacks wireless charging.

Meanwhile, the OnePlus Nord is available for pre-booking in Nepal at a price of NPR 53,999.