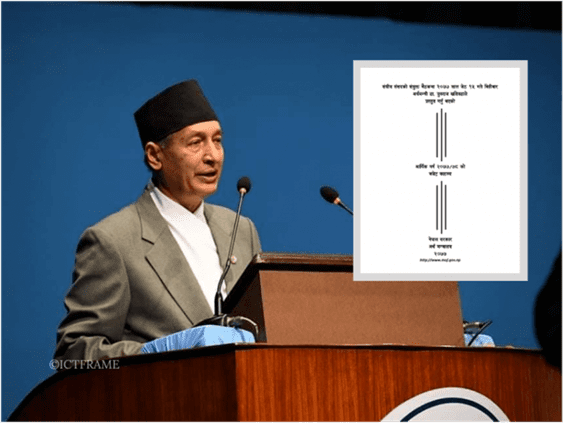 Nepal Government has unveiled the budget for the Fiscal Year 2077/78 with priority to the Information and Communications Technology sector. Finance Minister Dr. Yubaraj Khatiwada has increased the budget in ICT for the coming fiscal year as compared to the current fiscal year.

The budget for the ICT sector has now been increased to Rs. 7.13 billion which is 780 million more than the current year’s budget. According to the Finance Minister, the Information Technology sector has been given priority to uplift the living standards of the people.

Let’s have a look at some areas included in the budget for the Fiscal Year 2077/78.

The government is planning to focus more on the Information Technology sector in the coming fiscal year. The level of the Cyber Forensic Lab will be raised for cybersecurity risk identification, impact mitigation, and emergency response to make security faster and more secure. Moreover, there are plannings for research in the sector to establish a separate Cyber Security Center.

Read More: Cybersecurity at Priority in the Forthcoming Budget!

The government passed the Digital Nepal Framework this year and it will come under implementation in the Fiscal Year 2077/78. This framework will potentially unlock our nation’s growth with digital initiatives and development in several sectors.

The government of Nepal will be implementing the National Payment Gateway from the upcoming fiscal year. Under this service, there are provisions for monitoring of all kinds of payment. For example, payments of VAT, Income Tax, and Excise Duty.

The government shall provide a special budget of Rs. 500 Million for startups. Finance Minister, Dr. Yubaraj Khatiwada has informed that the government will provide loans at 2% interest to entrepreneurs who want to start a business.

The Land Reform and Management systems will shift online in the coming fiscal year. In fact, provisions will be made for all its services to be accessible online.

The government aims to promote cashless transactions in several sectors to enable access to services from home. All government transactions will become digital in the next 2 years while discouraging cash transactions. For this, the government plans to extend digital payment services.

The government shall provide driving licenses with digital means in the coming fiscal year. Similarly, there will be provisions for vehicle tracking, GPS tracking for convenience, safety, and emergencies.

The government has planned to provide National ID cards to the citizens of Nepal. It shall also include biometric information and a unique identification number.

Recently, President Bidhya Devi Bhandari had announced that Nepal will be launching its own satellite within 2 years. However, it will be based on feasibility. This means that if it is not financially profitable, Nepal may have to wait longer for its satellite launch.

Read More: Nepal To launch its Satellite Within 2 Years

The government is planning to digitize all government sectors including registration for personal incidents. It will henceforth include birth, marriage, migration, and other services.

The government plans to implement electronic passports with the budget. In fact, the next fiscal year may see online on-arrival visas. Moreover, citizens of foreign countries will receive VISA online.

Extension of IT Labs

Nepal government shall also establish IT labs in over a thousand schools in Nepal. Similarly, it will focus on improving the standard of science labs and libraries.

Broadband Internet and Expansion of 4G all over Nepal

The government has planned to establish and extend broadband internet infrastructure to deliver FTTH (Fiber internet) to all parts of Nepal within 2 years. Till now, the broadband services have reached 41 districts. Moreover, the 4G network is given importance and will be expanded throughout the country, even in remote areas.

The budget for the coming fiscal year also includes the establishment of a National Knowledge Park in Lalitpur. Similarly, the government plans to establish an IT or communication village in every province.

The government plans to charge an ownership fee on recharge cards. In the budget, the government has imposed a 2% ownership tax from next year. Previously, such tax was levied only on postpaid mobile and landline phones.

The government also plans to update the post office to make its services available online. It will be a huge step to digitize the presently outdated post office.

The government shall waive off Telecom Service Charge (TSC) to 50% of the maintenance charges for the Fixed broadband ISPs.

Likewise, there are several provisions in the telecom and ICT sector in the annual budget of Fiscal Year 2077/78. 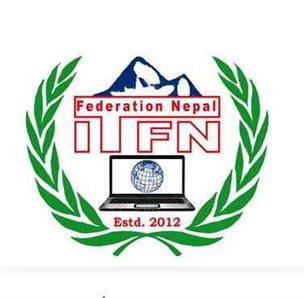