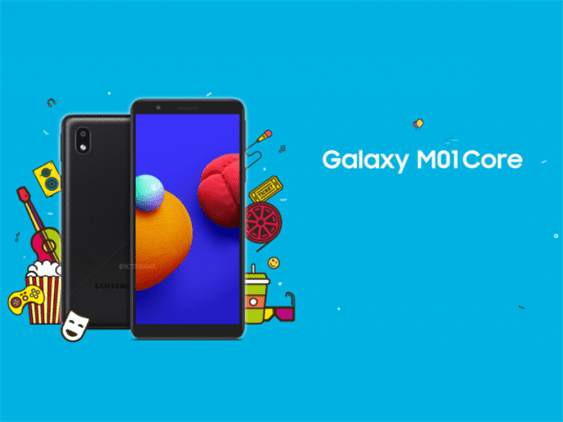 The Galaxy M01 Core looks like a rebranded Samsung Galaxy A01 Core, which was recently launched in the Indonesian smartphone market. 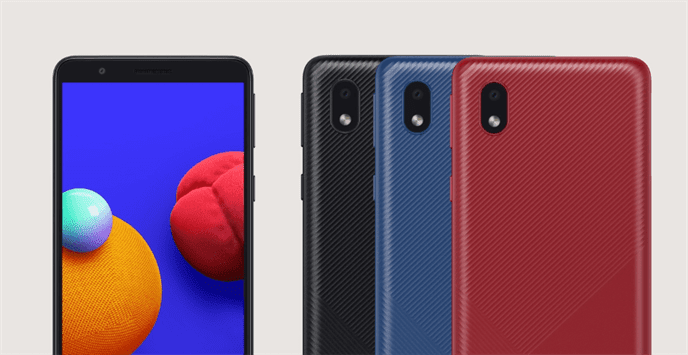 Starting off with the looks, the Galaxy M01 Core doesn’t feature an impressive design. In fact, it has traditional-looking bezels. The rear panel is covered with stripes and has a pill-shaped camera module.

The pill-shaped camera module at the rear panel houses an 8MP sensor with f/2.2 aperture and an LED flash. The rear camera can shoot videos at 30fps and also supports AutoFocus. 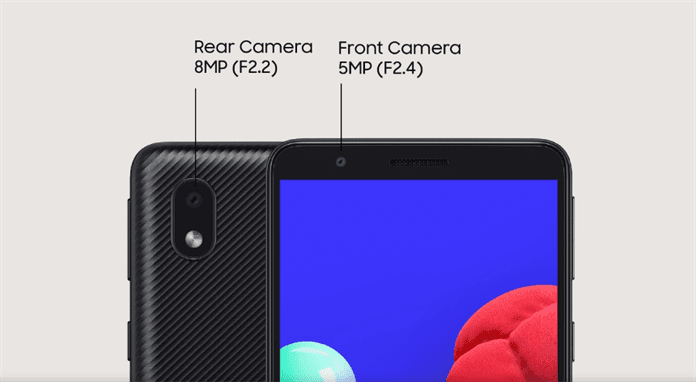 On the other hand, the selfie shooter is a 5MP lens with an aperture of f/2.4.

Powering the Samsung Galaxy M01 Core is the MediaTek MT6739 processor, which is another major difference from the M01 and M01s. Its siblings at least had octa-core processors.

The chipset is backed by a single gig of RAM paired with 16GB of storage. There’s also another variant with 2GB of RAM and 32GB of internal storage.

At least the memory is expandable up to 512GB with the help of a microSD card. The device runs on the Go edition of Android 10.

Samsung Galaxy M01 Core sports a 3000mAh battery under the hood (both its siblings have 4000mAh). The company claims that this battery can give 17 hours of talk time, 11 hours of offline video playback, and 14 hours of internet surfing.

However, there’s no fingerprint scanner on this device.

The device is available for purchase at different Samsung retail stores across Nepal.

Since its announcement, people are comparing the Galaxy M01 Core with more than a year-old Redmi Go, which is not good news for the device.

We just have to wait and see how it performs in the Nepalese smartphone market.