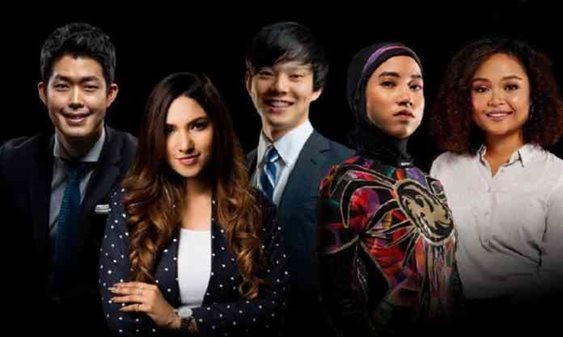 Forbes list includes six inspiring young Nepali on their 30 Under 30 Asia 2020 List. Forbes recently published its Top Young Entrepreneurs Of The Forbes 30 Under 30 Asia 2020 List. The list subdivided into many other sectors like Finance, Health Care and science, Social Entrepreneurs. The list included six inspiring Nepali Youth working on different areas. Getting added on the Forbes list is an achievement itself. It inspires youths to excel.

Rohit Tiwari is 26 years old co-founder of Foodmario. Foodmario is a Kathmandu based digital platform that connects home chefs with customers to deliver home-cooked food. He has listed in the list of Social Entrepreneur. The platform enables anyone, from homemakers to College students, to earn an income by cooking and selling food from their home kitchens. Foodmario says it delivered more than one lakh meals while working with more than 100 home-chefs.

Shubhangi, an engineer, and Jesselina Rana, a human rights lawyer, started Pad2Go in Kathmandu Nepal in 2018.  The startup focuses on menstrual health and removes the taboos around it. It has set up Eighty vending machines for sanitary napkins in four of Nepal’s seven provinces. Each device stationed across schools, hospitals, movie theaters, banks, offices provides sanitary napkins for two hundred women. They also conduct workshops to address taboos around menstruation. It works with manufacturers of sanitary napkins to get them cheaply. Pad2Go also won an award at AGUASAN workshop in Switzerland and Singapore at the startup pitch contest for women-led businesses organized by INSEAD and Facebook.

Pratima Sherpa listed on the “Entertainment & Sports” section of Forbes. The young athlete raised in a maintenance shed behind the 3rd hole of the Royal Nepal Golf Course. The first club, at age Eleven, was a wooden stick that her father made from a branch. Nowadays, she is Nepal’s 1st ranked amateur female golfer. She is currently 2nd year of college at Santa Barbara City. She aims to be Nepal’s first-ever female golf pro and to represent her country globally.

Urban Girl is one of the earliest e-commerce startups in Nepal. In 2012, Nikita Acharya and Kiran Timsina co-founded this startup with an initial investment of $200. The site initiated out by selling fashion jewelry & customized products like tee-shirts as well as water bottles. Now it has expanded to a broader range of products such as makeup, electronics, and home decor, Recent days, it employs more than 50 persons and operates in 2 major cities, KTM and Pokhara. In 2016 AD, they expanded their business to add a bakery named “UG Cakes,” where they sell cakes online. UG Cakes trains and hires deaf women for the baking in collaboration with Nepal’s Gandaki Deaf Association.