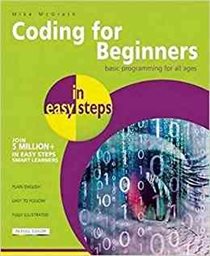 Coding is simply the process or activity of writing computer programs. It is all about the process of assigning a code to something for classification or identification. Coding is a skill where you take instructions and translate them into a language the computer understands since the computer is not able to communicate like humans. They communicate in a language called BINARY and it only uses ‘0’ and ‘1’.

Coding is a part of programming that deals with converting language into binary commands for the machine. There are several benefits of coding and programming, the careers have great earning profit, demand remains strong for coding related jobs, coding ability gives a new perspective to the problem -solving, learning to code can help up new areas of opportunity in the career and make you more flexible, learning to code can be fun bonding opportunity for families, coding can be useful in jobs you might not expect.

Learning to code can really be helpful and can help open up new areas of opportunity in your career and ultimately make you a more flexible candidate in a rapidly shifting digital economy. So, here is a list of some of the best books for coding if you are a beginner:

1. The Self-Taught Programmer: The Definitive Guide to Programming Professionally by Cory Althoff:

This book is one of the best programming books for beginners learning to program. But more than that it’s for all self-taught programmers to expand and polish their skills to a professional level.

It is a step-by-step gentle journey through the mathematics of neural networks and making your own using the Python computer language. Neural networks are a key element of deep learning and artificial intelligence.

Biting and Humorous Tales of a Software Engineering Manager by Michael Lopp:

This book was written by Mr.Michael Lopp which is full of stories based on companies in the Silicon Valley where people have been known to yell at each other and occasionally throw chairs.

From Journeyman to Master by Andrew Hunt and David Thomas:

This book was released in 1999. When it was released, this book helped popularize a number of coding terms and expressions. It has been a best-seller among programmers.

Design patterns are useful in all languages and all codebases. This programming book is a great primer to help you start writing better code if you don’t have an understanding of design patterns.

6. The Art of Invisibility:

The World’s Most Famous Hacker Teaches You How to Be Safe in the Age of Big Brother and Big Data by Kevin Mitnick and Robert Vamosi:

Be online without leaving a trace. This book was written by the world’s famous hacker. Big companies and big governments want to know and exploit what you do, and privacy is a luxury few can afford or understand.

A Handbook of Agile Software Craftsmanship by Robert C.Martin:

Even bad code can function. But if the code isn’t is clean, it can bring a development organization to its knees.

The Art of Exploitation,2nd Edition by Jon Erickson:

Hacking is the art of creative problem solving, whether that means finding an unconventional solution to a difficult problem or exploiting holes in sloppy programming.

The Hidden Language of Computer Hardware and Software by Charles Petzold:

Petzold is one of Microsoft’s Seven Windows Pioneers and has been writing about Programming since 1984.

A Playful Introduction to Programming by Nick Morgan:

This book can be a fun way to start learning how to code. Learn the basics and start exciting projects, all the while accompanied with fun visuals and simple explanations.