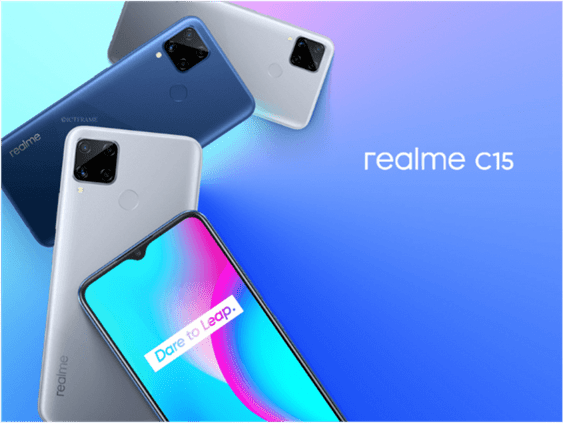 Remember the launch of Realme C11? While it’s still fresh in our memories, Realme has launched another smartphone in its C-series lineup. With its official release in Nepal, let’s have a look at Realme C15 specs, prices, and availability in Nepal.

The Realme C15 sports a 6.5-inch LCD display that supports full HD+ resolution. The device comes with corning Gorilla Glass protection on the front, which also features a water-drop notch display. Meanwhile, the rear is made up of polycarbonate material and has a fingerprint scanner.

As far as the cameras are concerned, Realme C15 comes with a quad-camera setup with a 13MP primary camera with an f/2.2 aperture. Supporting the primary camera is a second 8MP ultra-wide camera, a 2MP B/W lens, and a 2MP retro lens. It also has an LED flash but it lies outside the square module camera setup. And, the front houses an 8MP selfie shooter with an aperture of f/2.0. 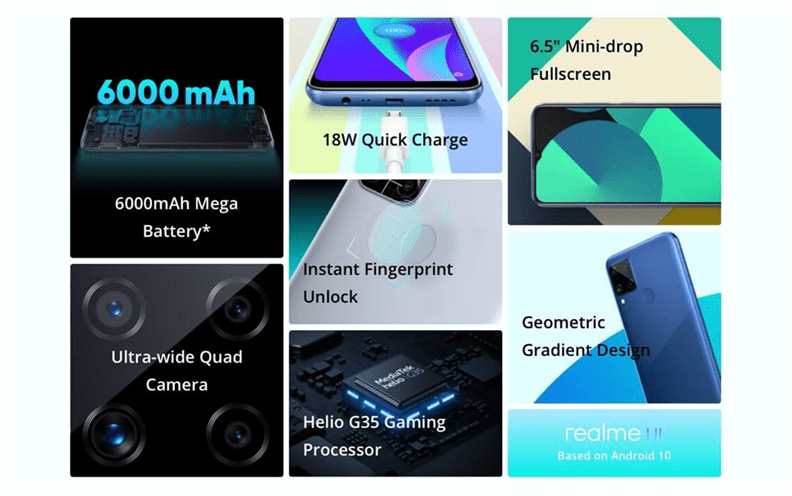 Talking about the performance, Realme C15 packs the MediaTek Helio G35 SoC. The smartphone is available in two memory configurations – 3/64GB and 4/64GB. If buyers are not satisfied with the internal storage, they can expand it via a microSD card slot.

The highlight of the Realme C15 probably is its battery life. It packs a monstrous 6000mAh battery that delivers amazing charging experience. In fact, it also supports 18W quick charging.

Don’t miss out on Realme C11 vs Redmi 9C: Which One Has the Upper Edge?